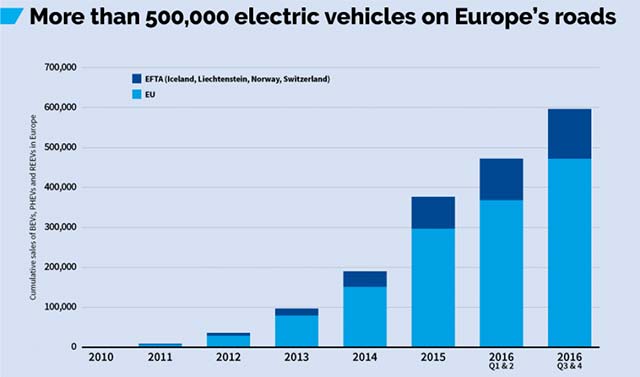 Roughly 145,000 new electric vehicles were sold in Europe last year – twice as much as in 2014 – making the European market the second biggest in the world, according to a recent T&E report.

EV sales have now reached the important milestone of a 1% market share and figures for the year to date suggest significantly more than 200,000 plug-in vehicles will be sold in Europe in 2016.

That would take the total number of EVs on the road to more than half a million cars. 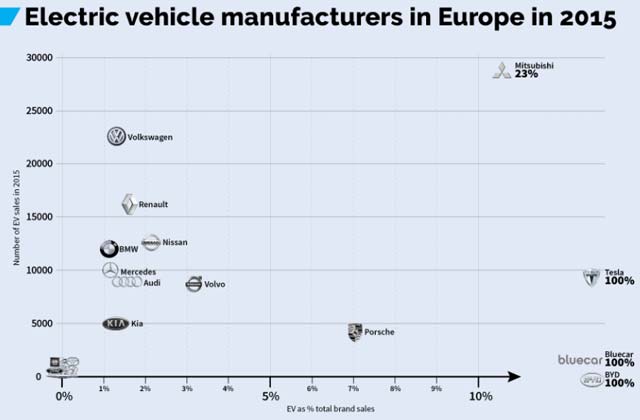 The growth in sales has been achieved despite the very limited range of electric models available. But with new entrants, like Tesla, Bolare and BYD increasingly challenging established carmakers, and rapidly falling battery prices, EVs are now poised to revolutionise personal mobility over the next 15 years.

Currently, there are 34 EV models on the European market available, including battery, plug-in hybrid and range extended electric vehicles. Established manufacturers have announced new plans to expand their portfolio of EVs within the next five years. Although EVs still constitute only a fraction of all car models available, Europe (including Switzerland and Norway) is the second biggest EV market in the world behind China. 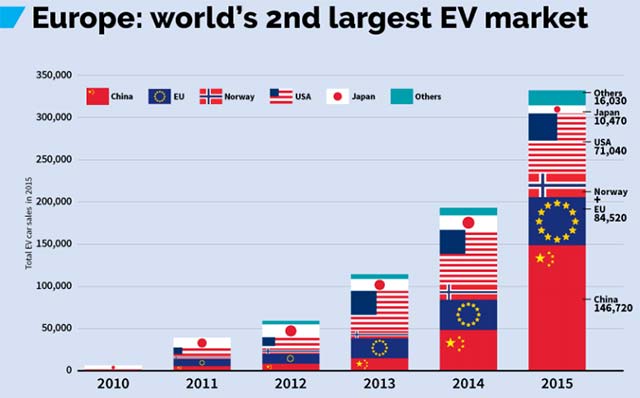 The T&E report found that the growth in sales matched the slow increase in the variety of electric cars. However, for vans the very restricted choice of models has resulted in very low sales. The success of the plug-in hybrid Mitsubishi Outlander – the top selling EV in Europe – and the variety of electric models presented at the Paris Motor Show this year demonstrate that the EV revolution is taking up speed.

Meanwhile, battery prices dropped by two-thirds to €250/KW in 2015, and prices are estimated to fall further towards the €150/KW level at which electric models become highly competitive. 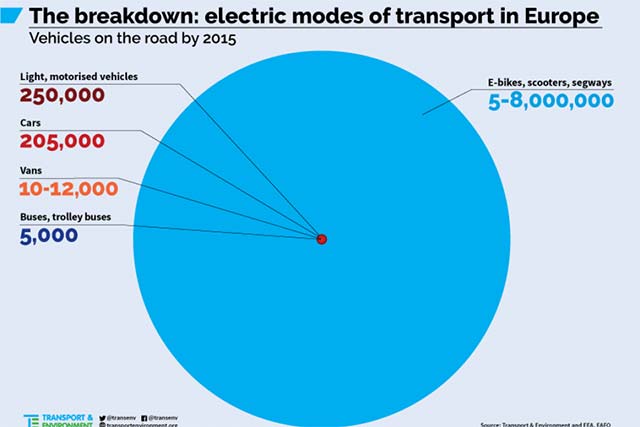