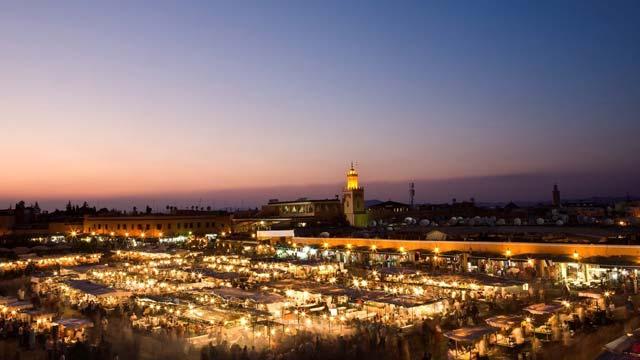 But that doesn’t tell the full story, and as we get ready to get back in action, here are some of the key areas to focus on this weekend.

1. Will prior track knowledge help Lopez?
This is the first time Formula E has raced in Marrakesh, but it’s not the first time the Circuit Moulay El Hassan has been used. Unusually for a new Formula E venue, the track has been in racing service before, hosting a round of the WTCC back in May.

DS Virgin Racing star Jose Maria Lopez was on the grid that weekend – indeed he won one of the races – so he already has racing knowledge of the track, unlike his 19 rivals. And with all Formula E sessions – practice, qualifying and the race – taking place in just one day, this knowledge could be crucial.

Lopez did a great job to qualify third in Hong Kong, but a brush with the wall and team-mate Sam Bird effectively ended his challenge on lap one. Is this the perfect time and place to fight back?

2. Who has the real one-lap pace?
A scrappy qualifying session, interrupted by so many crashes that Super Pole was ultimately cancelled, meant that the true one-lap pace of the fastest car and driver combos was disguised in Hong Kong.

Nelson Piquet Jr, Oliver Turvey and the NEXTEV team did a fantastic job to lock-out the front row, but given that for the first time in the championship’s history the race fastest lap was quicker than the pole position time, it’s fair to say that we didn’t get to see a true picture of the outright, one-lap pace.

Pre-season testing suggested that Renault e.dams and TECHEETAH have a small upper hand over the rest, will this prove to be the case come midday on Saturday.

3. Can Jaguar crack the top 10?
Jaguar Racing’s return to motorsport had a low-key start in Hong Kong, with Adam Carroll ensuring the team’s first Formula E finish with a solid run to 12th.

With that milestone under its belt, the next aim for the team is to score its first point. As discussed earlier, qualifying in Hong Kong painted a false picture and Marrakesh ought to give us a more accurate assessment of where the team ranks in terms of overall pace.

Carroll was 12 seconds off the points in Hong Kong, but the mid-race safety car again makes it hard to draw definitive conclusions, but it’s clear that a sizeable step forward is required.

4. Sam Bird has a score to settle
If Bird had a trouble-free pitstop in Hong Kong, the closing stages of the race would have been very different. The Brit would have had a big gap to make up on Buemi – and would have had to pass di Grassi and Nick Heidfeld too – but unlike these three, he would have had no need to save energy.

And while overtaking was tricky in Hong Kong, the long straight meant that those able to run at full power had a significant advantage… However, his pitstop was delayed, and rather than emerging in a fighting fourth, Bird dropped a lap down and out of the points.

The past two championships have shown just how vital every last point is in Formula E, so the Brit will know that it’s vital he gets his campaign back on track in Marrakesh.

5. Making the right strategy call
A brilliant strategic call from the Abt Schaeffler pitwall turned Lucas di Grassi from tailender to victory contender. The team was able to roll the dice because of the safety car being sent out so that Lopez’s car could be recovered.

Thinking on its feet, the team realized there was the potential to make a free pitstop. It vaulted di Grassi up the order, but that was in essence the easy part. Now the Brazilian had to make his energy last. He’d pitted on lap 18 of a 45-lap race.

In the end it paid off handsomely with a fine second place. Making these calls is absolutely crucial in Formula E, and whoever makes the right decisions on Saturday will be rewarded. It’s going to be fascinating.