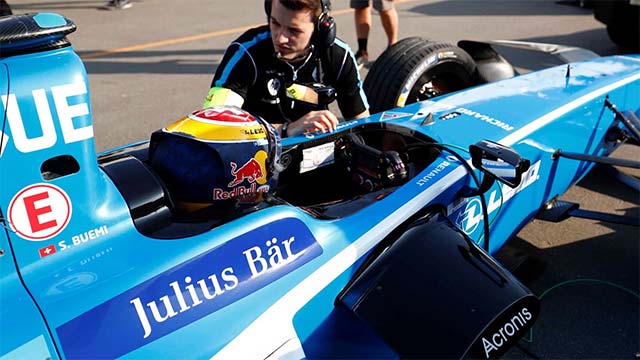 Julius Baer – leading Swiss private banking group and Global Partner of the FIA Formula E Championship – has been announced as the title sponsor for the historic first running of the Julius Baer Zurich E-Prix.

The electric street racing series will be bringing circuit racing back to Switzerland for the first time in over 60 years, with the inaugural Julius Baer Zurich E-Prix set to take place on June 10.

Racing had previously been forbidden in Switzerland for decades, with the last event taking place at Bremgarten circuit in 1954. However, a law change in 2015 lifted restrictions on fully-electric racing and paved the way for Formula E to bring electrifying wheel-to-wheel action to the streets of Zurich.

With its headquarters in Zurich, Julius Baer has been Formula E’s global partner since the inception of the championship in 2014. Julius Baer has been instrumental in bringing Formula E to the streets of Zurich for the very first time and have acquired the naming rights for the inaugural race.

Gian A. Rossi, Head Switzerland at Julius Baer, emphasises the Bank’s pioneering spirit and its commitment to future technologies as the main reason to support Formula E and the Zurich E-Prix: “Formula E is an investment in our society’s future. The racing series serves as a test bed for innovations advancing the future of mobility and ‘smart cities’. We firmly believe that in a country whose flair for innovation is the secret of its success, the racing series will generate great interest and underscore the image of Switzerland as a hotspot for technology. The decision to pick Zurich to stage the race is the right one – after all, it is a flagship for research and innovation as home to ETH, one of the two Swiss Federal Institutes of Technology, as well as being the country’s largest city.”

Alejandro Agag, Founder & CEO of Formula E, said: “It’s only fitting that at such an historic moment in the championship and for motorsport in general, one of the main protagonists in bringing racing back to Switzerland for the first time in over 60 years, has put its name to the first-ever Julius Baer Zurich E-Prix. Since even before the first race in 2014, our global partner has believed in the concept of electric street racing and has been instrumental in making the championship what it is today. Formula E makes history at every race, but on June 10, Formula E becomes the first category to bring back professional circuit racing to Switzerland – none of this would have been possible without Julius Baer and the vision of electric racing.”

Sebastien Buemi, Renault e.dams driver and proud Swiss, with his country’s flag emblazoned on his helmet, has stood on the top-step of the podium 12 times before in Formula E, and will be looking to not only secure the Julius Baer pole position award, but put his name in the history books as the first professional circuit racer to win at home in over six decades.

“I cannot wait to be able to race on home soil – it’s something no other professional circuit racer has said in 63 years! The atmosphere of racing on the streets, coupled with having your home crowd cheering you on is something I’ve never experienced before and this will be one of my dreams achieved – I can’t thank everyone enough who has played their part in bringing racing back to Switzerland; from the city, the fans who have supported this, Julius Baer and Formula E,” the 2015/16 champion said.