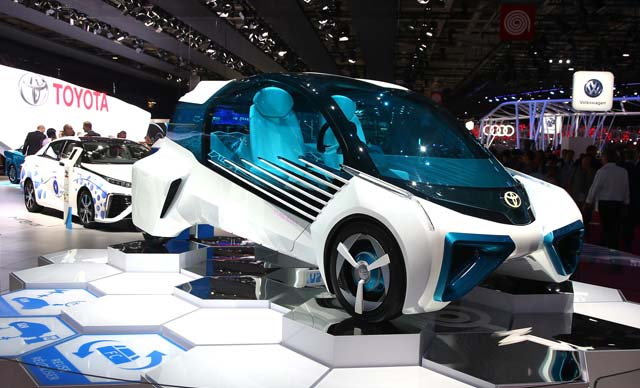 The Toyota FCV Plus concept, unveiled at the Paris Motor Show, not only will these zero emission vehicles reduce the burden on the environment, but they’ll also be able to produce and provide energy.

The Toyota FCV Plus is a fuel cell vehicle that has accomplished this transition and can contribute to society by being part of the electric power-generating infrastructure. 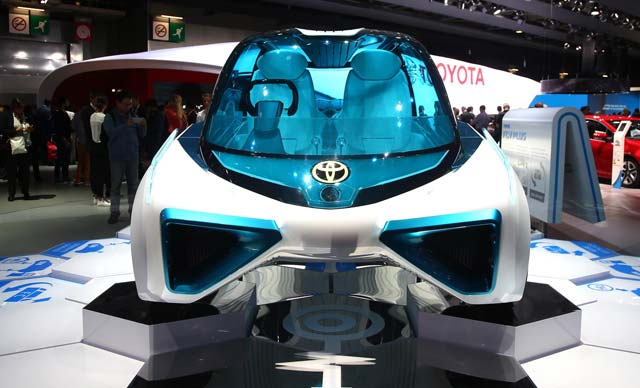 Using the vehicle to convert clean hydrogen into electricity can help protect the environment and serve as an important way to address energy security issues:

– Generating electricity from hydrogen
In addition to having hydrogen in its own hydrogen tank, Toyota FCV Plus can also generate electricity directly from hydrogen stored outside the vehicle. The vehicle can thus be transformed into a stable source of electric power for use at home or away.

– Sharing generated electricity with others
While parked, Toyota FCV Plus can provide electricity stored on-board to other cars and to local power grids as part of the local infrastructure.

– Supporting electricity generation into the future
Beyond just being used in an automobile, the fuel cell stack of Toyota FCV Plus can be removed and reused as an electricity generating device, transcending the traditional functions of cars. Put to versatile use around the world, these stacks could contribute significantly to local communities. 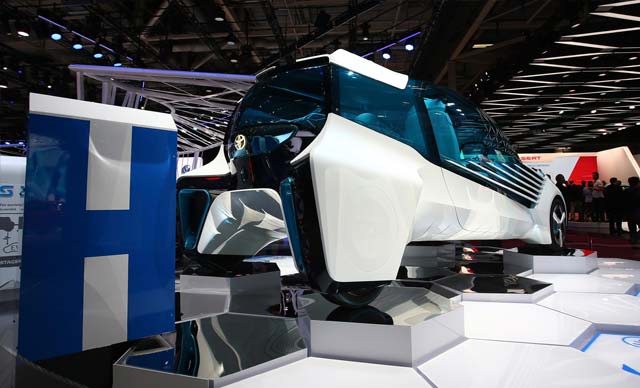 A compact city commuter
Miniaturizing the Toyota FCV Plus’ fuel cell stack and other components of the fuel cell system helped make possible a light and compact vehicle that’s ideal for city use. Fuel efficiency is enhanced by advanced aerodynamics which have been applied to the vehicle’s underside as well. Built-in wireless battery charging panels, covering the rear wheels and under the floor at the front, allow for intelligent external charging of other vehicles or infrastructure. Words and symbols can be displayed on the windshield and rear window to help others recognize the vehicle’s status. 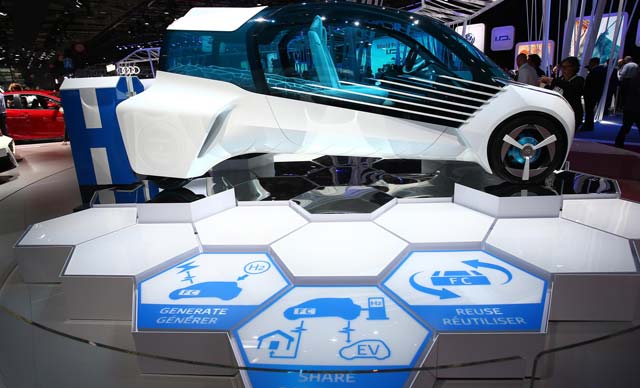 The drive components have been downsized and positioned at the vehicle’s four corners to achieve a layout that maximizes interior space. The small fuel cell stack fits between the front wheels, while the hydrogen tank rests behind the rear seats. Together with the adoption of independent in-wheel motor in all four wheels, this allows the Toyota FCV Plus to have both the overall length of a compact car and the interior length of a large sedan. By concentrating functional parts at the front and the rear of the vehicle, this next-generation fuel cell vehicle package creates an optimal weight balance and excellent all-round visibility.

The interior trim and seats feature the same advanced 3D processing and other techniques that give the car its exceedingly dimensional, light and highly rigid skeletal structure.