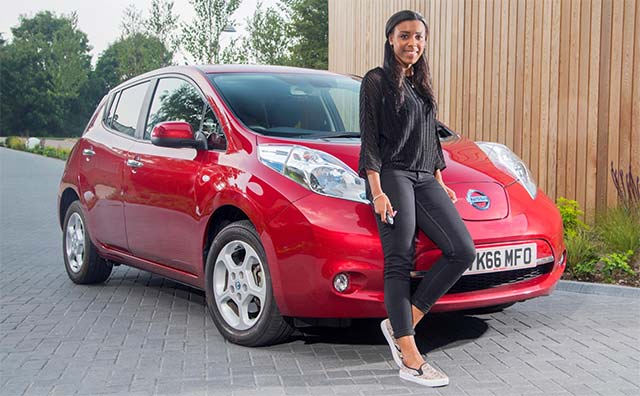 More than three quarters of millennials (76 percent) consider driving an eco-friendly car as the best choice to make their lives more environmentally friendly, according to a Nissan European study investigating millennials’ attitudes towards electric and hybrid vehicles.

Revealed exclusively by Gareth Dunsmore, Nissan’s Director of Electric Vehicles at FutureFest in London, the study probed the views of 2,500 European millennials (aged 18 to 34) across the UK, France, Italy, Germany, and Spain.

The study found that as a generation, millennials are willing to try new things, challenge processes, and think differently about the future. As such, the report showed that the environmental concerns of millennials aren’t smaller scale issues like recycling (24 percent) or overflowing landfills (14 percent) but global issues such as climate change (53 percent) and air pollution (42 percent). To help solve these issues, they are willing to make bold changes such as switching to an energy provider dedicated to eco-friendly solutions (62 percent), or supporting brands that are committed to being more environmentally friendly (53 percent).

Perhaps surprisingly, the majority of millennials surveyed owned a car (77 percent). Although they might not be driving electric vehicles now, they are in the market for future driving technology with over half saying they would buy an electric car in the next 10 years.

With a focus on Intelligent Mobility solutions that have an ultimate goal of zero emissions and zero fatalities, Nissan has been pioneering the pure electric vehicle market since the introduction of the 100 percent electric, zero emission Nissan LEAF in 2010. There are now more than 230,000 Nissan LEAFs on the road worldwide, securing it as the world’s best-selling EV. Nissan recently introduced the third generation model that delivers 26 percent more range versus the previous model, and up to 250 km of driving range on a single charge.

Gareth Dunsmore, Director of Electric Vehicles, Nissan Europe, said: “We’ve always known that millennials are the challenger generation but our European study has also revealed that they’re the future ‘change-makers’ – willing to make drastic lifestyle choices to make a meaningful difference to the world they live in. It gives me immeasurable hope to see that millennials believe electric vehicles, such as the Nissan LEAF and e-NV200 that are already on the road today, are part of the solution for a more sustainable future. As an industry we must work harder to engage the interests and needs of this group.”