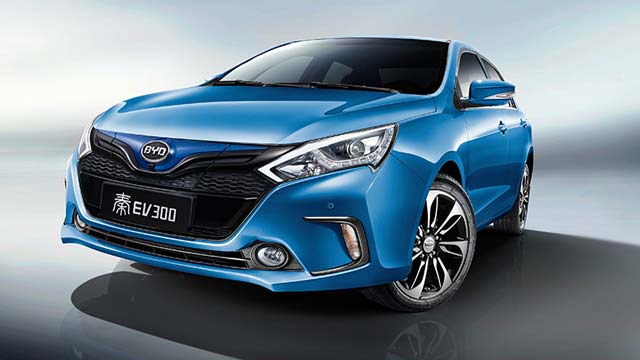 Samsung Electronics Co Ltd is on the verge of making a substantial investment in Chinese electric-car maker BYD, a move it said would help the South Korean electronics giant boost its chip business for electric cars.

BYD said Samsung has been actively pushing forward talks about buying its shares in a private placement. Talks are still underway, the Chinese company said, denying a report by the Korea Economic Daily that an agreement was reached to buy new shares worth 3 billion Yuan (about $450 million) in BYD, which would give Samsung a 4 percent stake in the automaker.

The agreement comes as Samsung’s battery unit, Samsung SDI, and crosstown rival LG Chem were excluded from a list of certified electric vehicle suppliers qualifying for government subsidies, despite making their batteries in China.

In December, Samsung Electronics, the world’s top maker of smartphones and memory chips, created a team to develop automotive-related businesses, seeking a new growth engine as the global smartphone industry is slowing.

Automakers and technology companies have formed a series of partnerships in recent years as the race to develop electric, self-driving, internet-connected vehicles has created demand for more electronics components and software.

BYD, which is backed by Warren Buffett’s Berkshire Hathaway Inc, said earlier it was planning to raise up to $2.4 billion, or some 15 billion Yuan, to expand capacity and produce batteries for coming advanced electric vehicles.