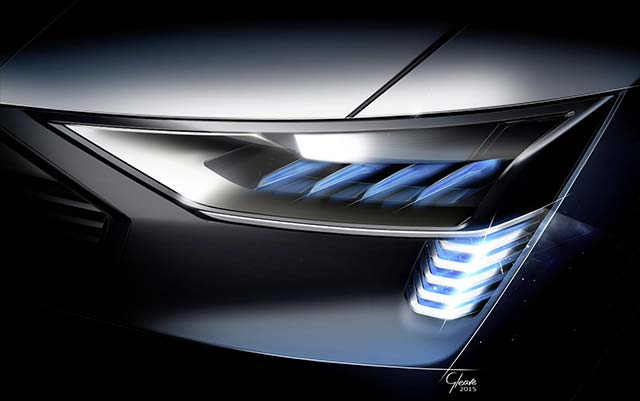 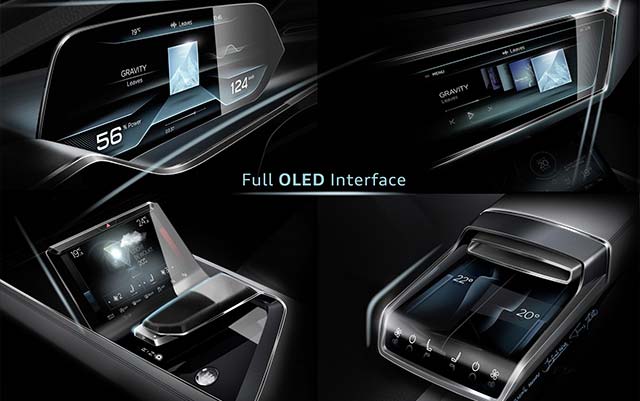 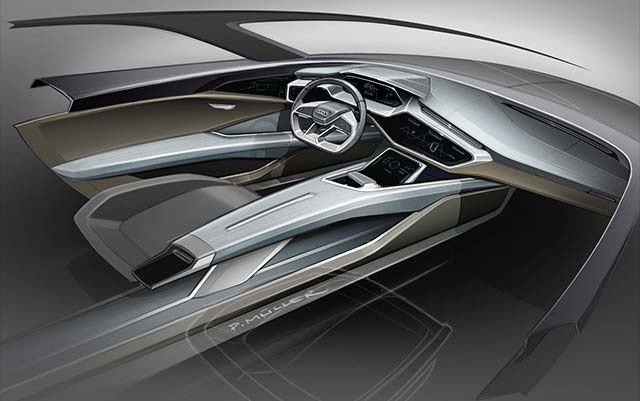 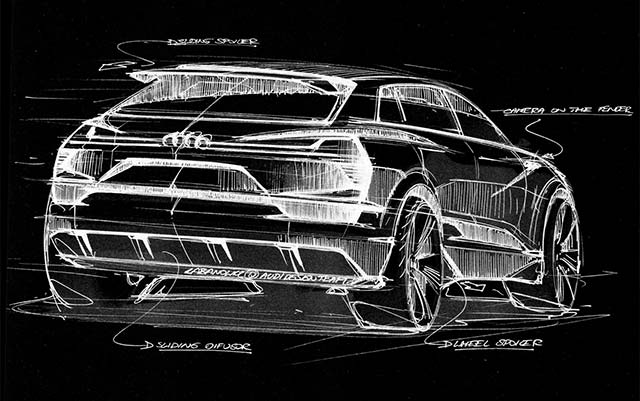 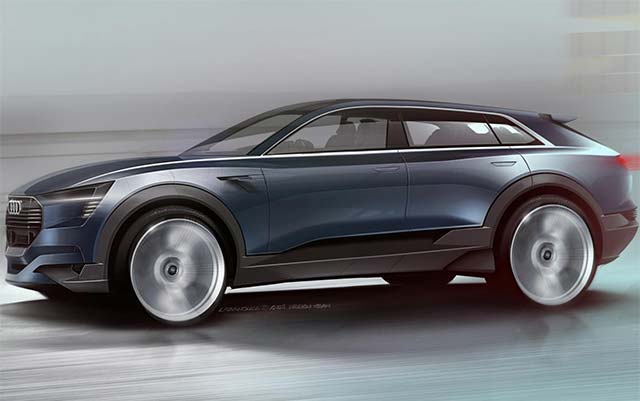 Audi e-tron quattro concept, the conceptual basis for a completely new all-electric Audi SUV with a potential range of more than 310 miles will be one of the stars at the 2015 Frankfurt Motor Show next month.

The Audi e-tron quattro concept profits from the expertise gained in the development of the forthcoming R8 e-tron, and the roadgoing model which it will help to spawn will be notable as the brand’s first large-series electric car when it enters production in 2018.

The Audi e-tron quattro concept is designed from the ground up as an electric car and proves to be pioneering in its segment at the very first glance. It follows the Audi “Aerosthetics” concept, combining technical measures for reducing aerodynamic drag with creative design solutions. Movable aerodynamic elements at the front, on the sides and at the rear improve the air flow around the car. The aerodynamically optimized underbody is completely closed. With a cd value of 0.25, the car sets a new record in the SUV segment. This contributes considerably to the long range of more than 310 miles (500 kilometers).

The study is based on the second-generation modular longitudinal platform, which provides considerable scope for the drive system and package. Its length is between that of the Audi Q5 and the Q7, and would compete with the Model X SUV, planned for release this year by Californian electric carmaker Tesla. Its typical SUV body and flat, coupé-like cabin give the Audi e-tron quattro concept a very dynamic appearance. The spacious interior offers room for four people.

The large lithium-ion battery is positioned between the axles and below the passenger compartment. This installation position provides for a low center of gravity and a balanced axle load distribution, giving the car better driving dynamics and driving safety than other vehicles in the segment.

Audi uses its experience with the electrically driven Audi R8 e-tron sports car for the drive system. Three electric motors – one on the front axle and two on the rear – effectively create an ‘electrified quattro’, making the e-tron quattro concept both highly efficient and responsive.