Renault Twizy On Sale In Canada This Summer 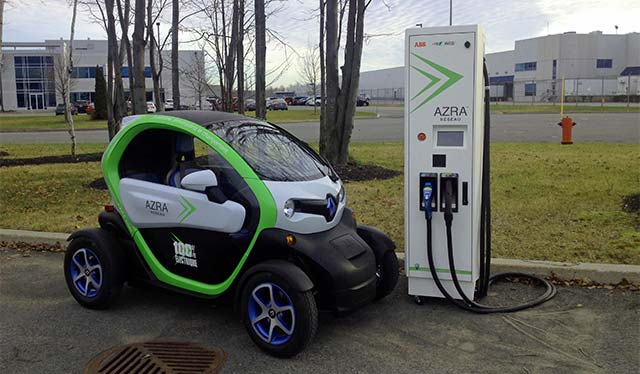 The all-electric Renault Twizy has been certified by Transport Canada, and is now set for release in a new market.

The Canadian specification model, called Twizy 40, is equipped with a type-1 charging cable and side reflectors. With speed capped at 40 km/h (about 25mph), it comes under the Canadian category of low-speed vehicles (four-wheel electric vehicles with top speed from 32 to 40 km/h).

The Twizy 80, which can travel at speeds up to 80 km/h, does not fit into this category and is not certifiable as a full-fledged motor vehicle.

Renault had last summer discussed bringing the Twizy to Quebec but noted it had to clear Transport Canada regulations; the government body recently okayed the LSV’s sale.

The cars are available through AZRA Canada, and go on sale this summer.

The Renault Twizy 40 will have pricing and other details announced closer to its Canadian launch date.

AZRA is expected to add low volume sales of the all-electric Kangoo van later. Local media reports have suggested around 1,000 units over two years will be allowed in under special ‘compliance waiver’ dispensation to allow Renault to test a former market with its latest products.