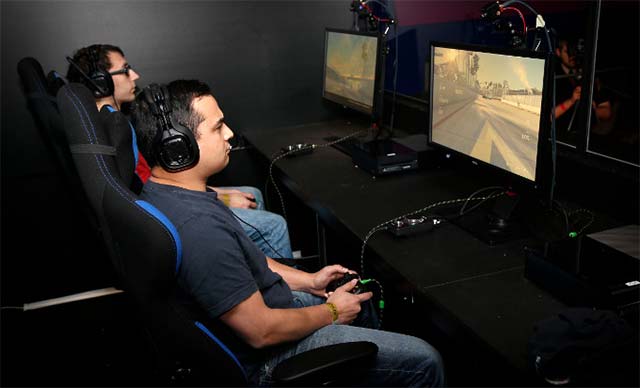 The fully-electric FIA Formula E Championship has launched its first ever virtual championship – Race Off Pro Series – to be held alongside its real-world season.

With eSports enjoying huge growth across all sporting sectors, Formula E is embracing this vast audience by running a virtual championship alongside its electric-powered race series.

The championship will comprise of at least four online rounds, which will serve as a preview to the on-track action ahead of the Formula E races in Long Beach, Paris, Berlin and London.

Formula E has partnered with leaders in the eSports marketplace to launch this game-changing project. Microsoft, through their Turn 10 Studios, has been at the cutting edge of head-to-head online competitive racing and is a natural fit for them to provide the platform on which fans compete – the award-winning Forza Motorsport 6.

ESL has established itself as the leader of eSports promoters through hosting events such as the Intel Extreme Masters Championship, drawing crowds of over 60,000 to watch online battles take centre stage in stadium arenas.

The first event starts at 12pm GMT on March 24, when a Rivals event will open in the Forza Motorsport 6 Xbox Live lobby. Entrants will have to set their fastest lap around the Long Beach East circuit in an unmodified Formula E car.

The time trial will close at 11.59pm GMT on March 31. The fastest 10 players across the globe will then be invited to compete in a live Pro Series final, which will be held on April 2 in a bespoke online lobby.

The top-two from each Pro Series final will then be invited to London in an all-expenses paid trip, where they will race off against the successful finalists from all the other events to contest the inaugural Race Off Pro Championship, and win a share of the €15,000 prize fund and other amazing prizes.