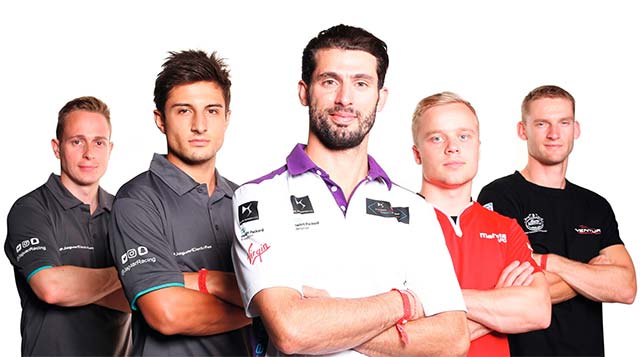 The FIA published the official list of drivers who will take part in the third season of the FIA Formula E Championship, which gets underway on October 9 in Hong Kong.

The new team, Panasonic Jaguar Racing will enter the other two new names, Northern Ireland’s Adam Carroll and the New Zealander Mitch Evans. They and 14 other drivers will be lining up to challenge reigning champion, Sebastien Buemi.

There are 12 different nationalities represented on track, with France (4) and Germany (3) having the highest number. The drivers range in age from 22 (Mitch Evans) to 40 (Stephane Sarrazin).

“In this, its third season, Formula E boasts a very high calibre driver line-up, combining experience and young talent,” commented FIA President Jean Todt. “This is further proof of the great vitality of this championship which is becoming ever more important on the global motorsport scene, a trend also supported by the fact that five new cities – Hong Kong, Marrakesh, Brussels, Montreal and New York – are all joining the calendar. Furthermore, the number of constructors continues to increase, coming from the automotive field or in more general terms, the technological sector. Formula E provides a perfect synergy between the two pillars of the FIA’s activities around the world, namely sport and mobility. The series is also an amazing tool for the promotion of a new model of more sustainable mobility, linked to the use of electric vehicles, as well as being a catalyst for the development and transfer of technology from motor sport to road cars, particularly when it comes to batteries.”