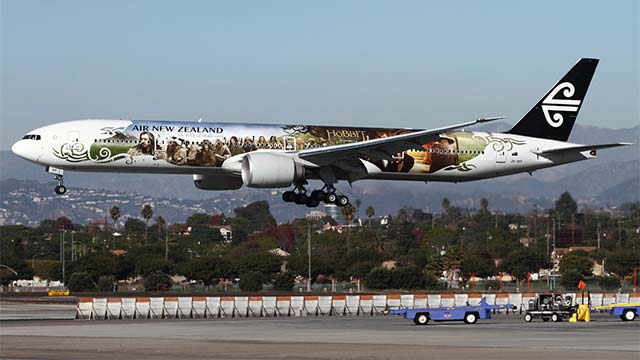 Air New Zealand is transitioning more than 75 light vehicles in its ground fleet to electric saving around 65,000 litres of fuel per year and creating what’s believed to be the leading corporate electric vehicle fleet in New Zealand.

The airline has confirmed orders for 36 fully electric BMW i3 vehicles for its sales force. The BMW i3 was named New Zealand Car of the Year for 2015 and as well as being fully electric, it features a sustainable design with much of its interior and body made from the same carbon fibre as the fuselage of Air New Zealand’s Boeing 787-9 Dreamliner fleet.

The airline is also purchasing 12 Mitsubishi Outlander PHEVs for longer range trips, and 28 Renault Kangoo Maxi ZE 100% electric vans for use at airports. The Kangoo is not currently available in New Zealand making Air New Zealand the first local customer for this vehicle.

“Taking a leadership position in carbon management and reducing our emissions is a significant goal for us under our Sustainability Framework.  We recognise the opportunity electric vehicles present both for New Zealand and our airline and we are making the most of the country’s renewable electricity supply by transitioning our ground fleet off fossil fuels where we’re able to.”

Air New Zealand will receive the first of its new electric vehicles at the end of this month and aims to complete the fleet transition by the end of 2016.

In addition to the introduction of electric vehicles, the airline has begun installing charging points at its key car parking sites to support the new vehicles.  This is in addition to the charge points already installed in a number of the airline’s customer parking facilities.

The airline is also transitioning its airport ground service equipment to electric including golf carts and tractors.  Where electric options don’t currently exist the airline is working with Z Energy to purchase bio-diesel from its site underdevelopment in Wiri.