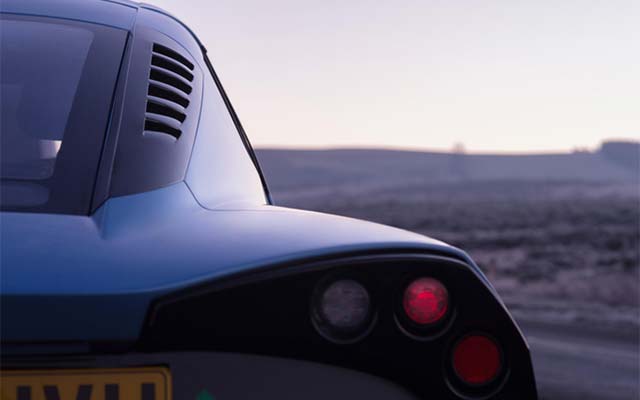 Riversimple has released a teaser shot of the engineering prototype of its first hydrogen-powered road car which will be revealed on Wednesday, 17th February 2016.

The research leading to these results has received funding from the European Union’s Seventh Framework Programme for the Fuel Cells and Hydrogen Joint Technology Initiative.

The Riversimple hydrogen-powered car is very light, with a target weight of 520 kg. It embodies various key features:

– Four electric motors, one in each wheel
– Motors as brakes – recovering over 50% of kinetic energy when braking
– Super-capacitors to store this energy and provide most of the power for acceleration
– A low powered hydrogen fuel cell ( 8.5 kW)
– A body made of lightweight composites