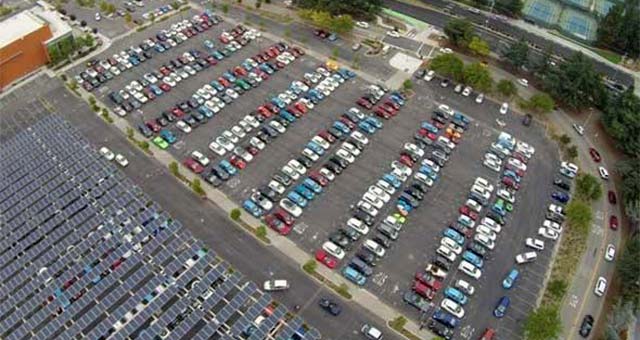 Philip Robertson, a judge with Guinness World Records, pronounced a new world record for most electric vehicles in a parade: 507.

The record-breaking EV procession took place at the National Drive Electric Week event in Cupertino, Calif. Every vehicle was zero-emission, all-electric. No hybrid-electrics were allowed.

Historic EVs included the AC Propulsion tzero. Stella, a multi-passenger vehicle powered by onboard solar that can produce twice as much energy as it needs in a day, was among the parade’s lead EVs, along with a Tesla Model S driven by executives from SAP, a main parade sponsor. Stella launched National Drive Electric Week in Venice, Calif. on Monday.

National Drive Electric Week, Sept. 15-21, features 152 events in more than 130 cities and 35 states. Events in cities in Italy, Canada and The Netherlands are part of that count.

National Drive Electric Week was founded by Plug In America, which organizes the event nationally with the Sierra Club and the Electric Auto Association, in collaboration with groups across the U.S. and beyond.

The Cupertino event, held at De Anza College, was organized by San Francisco BayLEAFs and the Silicon Valley chapter of the Electric Auto Association.