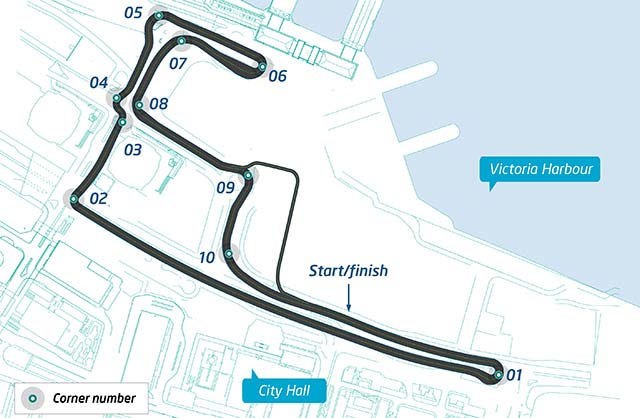 Hong Kong is set to feature on the calendar for season three of the FIA Formula E Championship.

The Hong Kong ePrix will take place on October 9 2016 subject to FIA track homologation. The 2km circuit will run between Lung Wo Road and the Star Ferry, with cars reaching speeds of up to 225kph (140mph).

IN a related news, Formula E has announced that Julius Baer, the leading Swiss private banking group, will remain as the championship’s Global Partner till the end of season five.

Julius Baer, who joined Formula E as a Global Partner prior to the inaugural Beijing ePrix last year, share similar values to the fully-electric series such as innovation, sustainability and forward-looking pioneering spirit.

Speaking about the addition of the Hong Kong ePrix on the calendar in season three, Kaven Leung, Deputy Region Head Asia Pacific & CEO North Asia at Julius Baer, added: “It is wonderful to bring the FIA Formula E Championship to Hong Kong in 2016, which really shows the attraction of this international city. Not only does the tournament’s pioneering spirit meet our business and brand needs in a key market like Hong Kong, it is also an effective platform for us to engage with the communities in which we operate.”

Formula E has also confirmed it is to renew existing TV deals across Europe in Albania and Cyprus as well as a new partnership with 365 Media in Iceland.

The agreements with 365 Media, Tring TV and CyBC accompany previously announced deals in other territories such as Eurosport, Canal + and ITV.