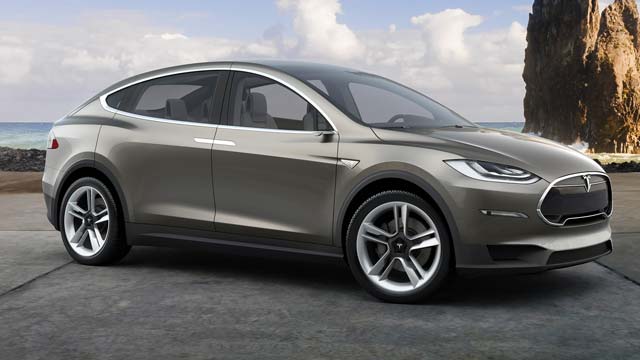 The US Environmental Protection Agency has issued its final ratings for the long-awaited Tesla Model X.

The EPA rated the 90-kilowatt-hour Model X with as much as 257 miles range. The Model X range ratings are just slightly lower than their Model S counterparts. MPGe figures are available below: 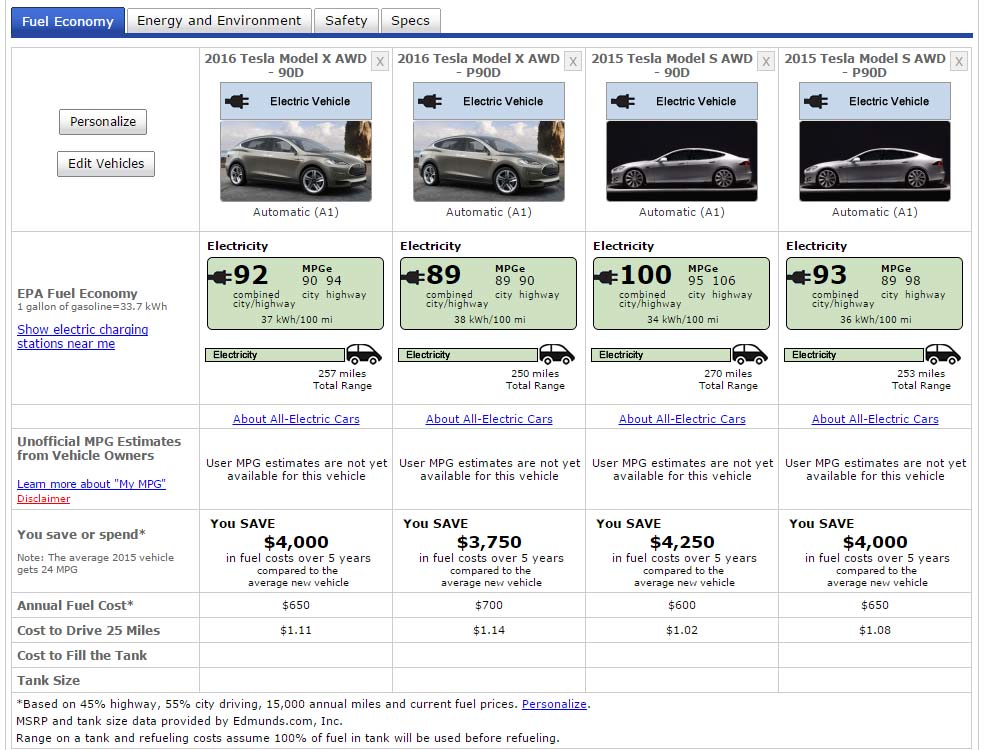 Interior volume is reported as identical to the Model S. All vehicles are estimated at 94 cubic feet passenger volume and 26 cubic feet luggage volume. 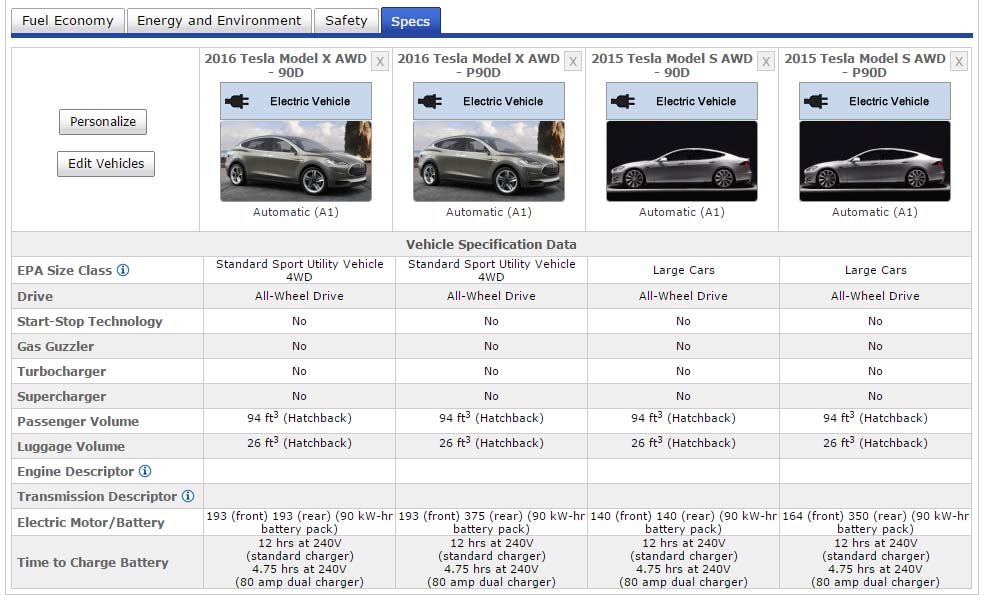 Buyers reserving their Model X now can expect to get the car in the second half of 2016. They also have to shell out $5,000 to reserve the car, which is double the amount for buyers looking to reserve a Tesla Model S.