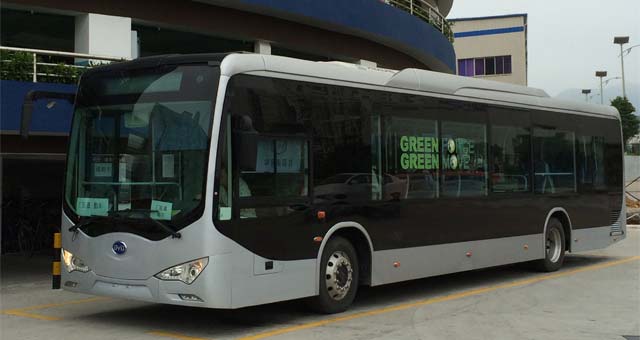 California’s BYD Motors has been awarded what industry commentators are calling a “dominant” win in the Washington State Department of Transportation (WSDOT) Heavy Duty Bus RFP that closed in August.

The contract allows for up to 800 heavy duty buses from all different propulsion types that included 12 different categories for all-electric buses. The contract has the potential to be the most complete electric vehicle procurement in US history as it includes buses from 30 – 60 feet in length for both highway and transit applications, as well as long-range and shorter range, on-route charging configurations.

BYD being the only electric bus maker globally that manufactures 7 different electric buses, capable of long range as well as in-route charging configurations was awarded wins in 10 of the 12 available vehicle categories and has the ability to deliver any of their buses within six months. BYD is also the only bus manufacturer on the contract with wireless on route charging as an option approved by WSDOT. The mass procurement by WSDOT is being seen as a visionary move by Washington State, clearly establishing itself as one of the most environmentally conscious states nation wide. Any transit agency or public institution in Washington, as well as the state of Oregon, is now able to procure electric buses from the RFP, greatly simplifying the procurement process, and cleaning the air faster.

BYD’s Battery Electric bus employs many advanced technologies developed in-house by a staff of more than 15,000 R&D engineers including the BYD Iron-Phosphate battery which boasts the only 12-year-battery warranty in the industry.  Combined with BYD’s proprietary in-wheel hub motors and regenerative braking system, the BYD battery electric bus offers the lowest life cycle cost of ownership. The BYD electric bus delivers a host of operational and environmental benefits for public transit riders, bus operators and residents of the community – it is very quiet and ensures a comfortable ride without vibrations, jerks or the noise associated with the conventional buses and combustion engines.  The bus can also drive for more than 155 miles even in heavy city traffic on a single charge.

As of April 1st, 2015, BYD bus fleets have completed greater than 50 million miles “in revenue service” and have been evaluated by more than 150 cities in 36 countries around the world.  To date, BYD has built over 5,000 electric buses globally, making it by far the most popular electric transit vehicle on the planet.