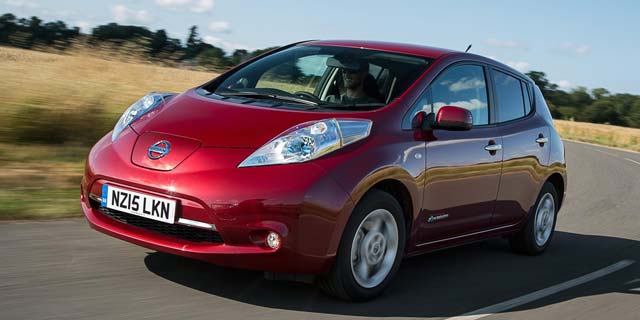 Nissan Motor (GB) Ltd is today celebrating a significant milestone as figures from the Society of Motor Manufacturing and Traders (SMMT) confirm that more than 10,000 Nissan LEAFs have been sold in the UK since the vehicle came to market.

Launching in 2011, the Nissan LEAF quickly established itself as the nation’s pure electric model of choice and despite the arrival of a number of new entrants in the market, the latest dataset released by SMMT confirms that the LEAF remains firmly ahead of the chasing pack.

Of those sales, the majority of units were sold in the last 12 months (51.7%) and predominantly to retail customers with almost 71.2% of LEAFs registered in the retail channel. This significant growth is reflected in the wider EV market as the benefits of switching to all-electric mobility become better known.

Delve deeper into today’s figures released by SMMT, and the data also reveals that the Nissan LEAF outsold all other pure electric models combined by more than two-to-one in the first half of 2015, commanding a market share of 63.3%.

The news comes as a new value-packed Acenta+ grade is added to the LEAF line-up, offering even more choice to prospective owners. Available now, the new Acenta+ model adds new features that make the British-built Nissan LEAF an even more complete package.