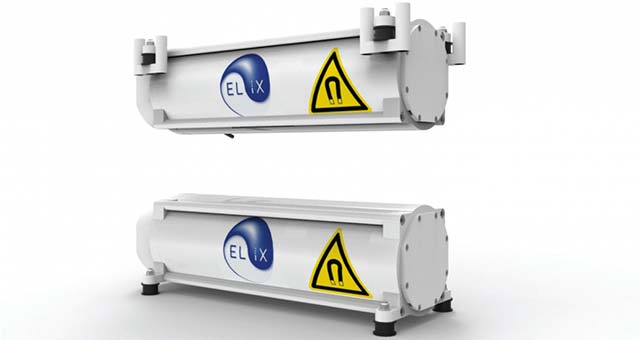 The global drive to reduce carbon emissions has led to a growing demand for electric vehicles and machinery. In addition to automobiles, new applications include larger electric vehicles such as buses, trucks, mining equipment and other heavy-duty machines for industrial applications. However, charging can be an issue when vehicles or machines need to remain on the road or at work in the factory. Typical wireless charging solutions available in the market today are based on inductive technologies and can deliver up to 7.7kW. To meet the demand for a faster, higher power wireless charging solution that can operate under extreme environmental conditions, ELIX Wireless developed the E10K Wireless Charging System based on its MDC technology. In addition, E10K “building blocks” can be combined together to create even higher power systems.

MDC operates at an extremely low frequency (120-140 Hz range); around 1000 times lower than a typical induction based system. Its low electro-magnetic radiation properties make it safe to operate in hazardous environments such as oil & gas, mining, subsea, chemical processing and more. One of MDC’s key benefits is it can automatically remove any foreign objects that may come into the charging zone without human intervention.

“When we set out to deliver the highest power wireless charging system in the industry, we didn’t just build upon existing inductive systems – we created an entirely new technology that meets customer demand for fast, safe and reliable charging,” said David Smith, CEO, ELIX Wireless. “The E10K Wireless Charging System leverages our ground-breaking MDC technology to deliver the power and consequently shorter charging times that our customers need. Its combination of low frequency, high power and compact form factor make it ideal for a wide variety of applications and operating environments.”

ELIX began as a spin-out from the University of British Columbia (UBC) in 2013 to commercialize a fundamentally different wireless power transfer technology. From a proof-of-concept to charge electric campus service vehicles at UBC, ELIX is growing to expand into a wider range of applications and markets such as auxiliary battery charging for emergency vehicles and full-scale EV charging.

ELIX is headquartered in Vancouver, BC, Canada and has a presence in Santa Clara, California.

About the E10K Wireless Charging System