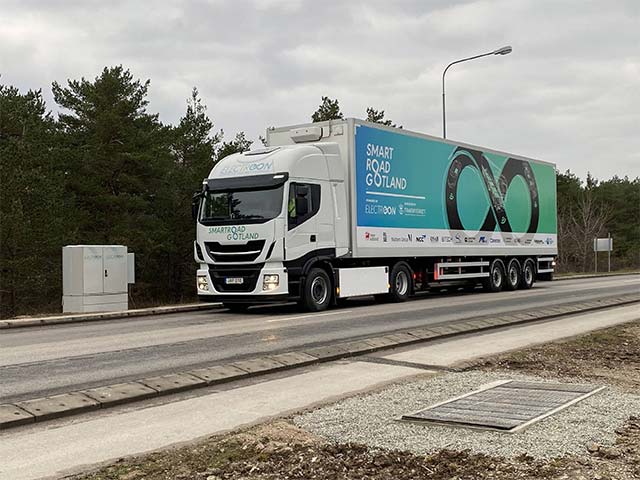 ElectReon, developing and implementing Wireless Electric Road Systems that wirelessly charges commercial and passenger electric vehicles while driving, has completed the deployment of 1.65 km of a dynamic wireless charging system on a public road in Gotland, Sweden, which is the largest deployment of its kind in the world.

The fully electric long-haul truck was charged by the road while driving at various speeds of up to 60 km/h on a 200-meter electric road segment, with an average transfer rate of 70 kW from the road to the receivers and into the truck’s battery. The system reached stable operation with consistent results, and testing confirmed that snow and ice do not affect the wireless charging capabilities. The Company proved the robustness of its proprietary cloud-based software by remotely operating, monitoring, and testing the system from the Company’s headquarters in Israel.

In the coming months, following the successful testing on the 200-meter section and given additional approvals from relevant agencies, the Company expects to start operation of the entire road and simultaneously charge an electric bus on the same electric road. The wireless charging system will be further calibrated to enable the increase of power and a local truck operator will regularly operate the truck in order to conduct further tests.

The wireless charging of the electric truck on a public road is a significant milestone in the commercialization of the wireless electric road technology developed by ElectReon. This is also a significant milestone towards meeting the preliminary requirements for applying for the large-scale pilot of the construction of a wireless Electric Road planned by the Swedish Road Administration (Trafikverket) of approximately 30 kilometers designed for dynamic charging of electric trucks while driving.

In Tel Aviv, the Company completed the deployment of 700 meters of dynamic charging segments on a road in Ramat Aviv and a wireless charging station at the Tel-Aviv University train station bus terminal. This represents a significant achievement as the Company deployed the segments in a short time frame, minimizing interruption to the public and illustrating the suitability of its technology for commercial-scale deployment in public roads. The Company is currently waiting for the electric grid connection, expected in the coming weeks, in order to begin road-charging the electric bus, while conducting further tests. 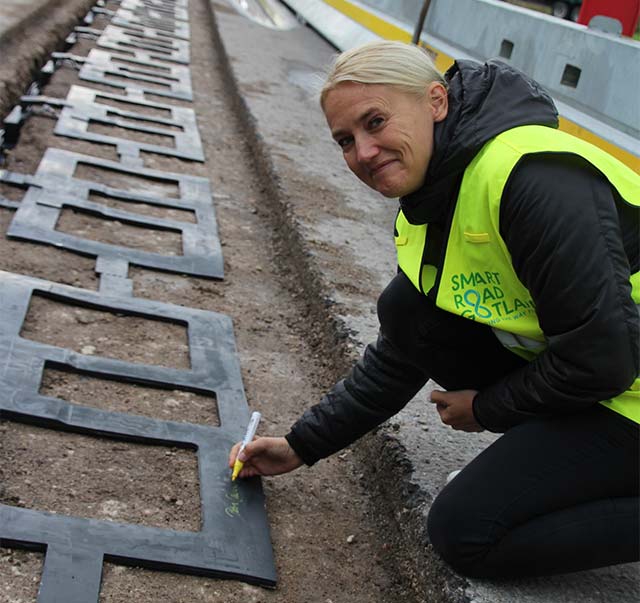 The charging coils before covered with asphalt

“Charging a long-haul truck while driving on an electric road that is open to the public is an exceptional technological achievement coming after years of intense development. The achievement brings us closer to our goal of revolutionizing the field of electric vehicle charging and we thank the strong support from Trafikverket that enabled this to take place in Sweden. Soon we expect to test our urban application when an electric bus will start testing in our pilot project in Tel Aviv,” said Oren Ezer, CEO of ElectReon Wireless.

“I was very surprised at how peaceful and quiet it was to drive the electric truck while it was driving and charging from the road. It did not interfere with my driving experience at all and I am happy to know we are reducing transport emissions and proud to drive the future,” said truck driver Emelie Gardell from the truck operator Gotlands bilfrakt.