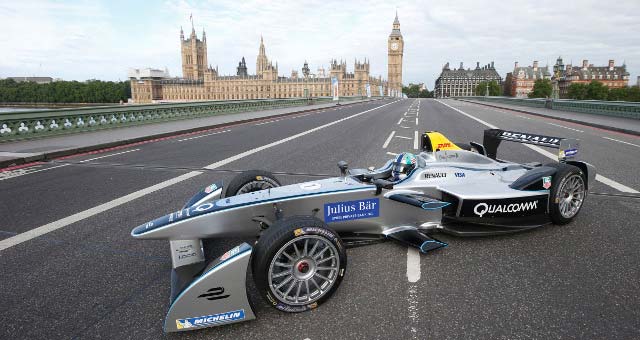 The Formula E Championship has announced that Visa Europe will become the official title sponsor of its final two rounds (10 and 11) in London, held at Battersea Park on 27 and 28 June.

Following on from the recent announcement that Visa Europe would be the official payment services partner for the Monaco, Berlin and London races, this announcement sees the culmination of the season become the ‘2015 FIA Formula E Visa London ePrix’.

Visa Europe will continue its focus on putting fans at the heart of the race with exciting content for fans, both online and at the races.

As part of the activation, Visa Europe has introduced the Visa Fastest Lap. This trophy will be awarded to the drivers who post the fastest lap times at both London races. In the lead up to these, UK fans will have a chance to get involved in a sweepstake to predict the time of the fastest lap with great prizes to be won.

In addition, Visa Europe will be continuing the action away from the Battersea Park track where they will be showcasing a range of interactive activities within the eVillage – Formula E’s dedicated fan zone.

Mark Antipof, Chief Officer, Sales and Marketing at Visa Europe said: “At Visa Europe we see this truly collaborative partnership with Formula E as a chance to project our shared passion for innovation. Increasing our current support of this evolutionary sport through the UK finale race is the perfect opportunity to enhance our commitment and engage with fans by putting them at the heart of the action.”

Alejandro Agag, CEO of Formula E, added: “We’re delighted to be announcing the next stage in our partnership with Visa Europe and for them to become the title sponsor of our climatic London events. Like Formula E, Visa is focused on putting fans at the heart of the race and we’re sure their innovative approach will help us produce a fantastic event and a great spectacle for the British public.”