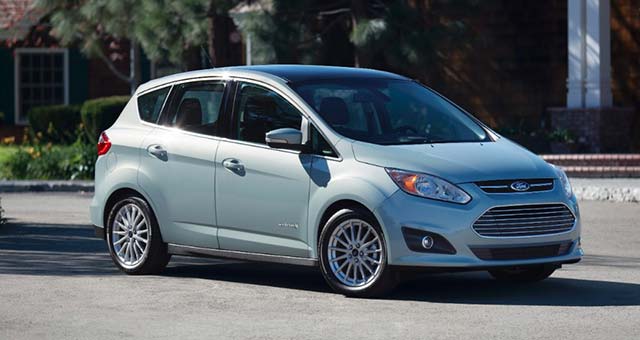 Ford Motor Company is following Tesla Motors in opening up hundreds of patents on electric-car technology to competitors in a move to accelerate industry-wide research and development of electrified vehicles.

In 2014, Ford filed more than 400 patents dedicated to electrified vehicle technologies. This is more than 20 percent of the patents the company filed – totaling more than 2,000 applications.

“Innovation is our goal,” said Kevin Layden, director, Ford Electrification Programs. “The way to provide the best technology is through constant development and progress. By sharing our research with other companies, we will accelerate the growth of electrified vehicle technology and deliver even better products to customers.”

Ford’s innovations have resulted in acclaimed electrified vehicles on the road today, but the company believes sharing its patented technologies will promote faster development of future inventions as all automakers look toward greater opportunities.

“As an industry, we need to collaborate while we continue to challenge each other,” said Layden. “By sharing ideas, companies can solve bigger challenges and help improve the industry.”

To access Ford’s patents and published patent applications, interested parties can contact the company’s technology commercialization and licensing office, or work through AutoHarvest – an automaker collaborative innovation and licensing marketplace. AutoHarvest allows members to showcase capabilities and technologies, then privately connect with fellow inventors to explore technology and business development opportunities of mutual interest. The patents would be available for a fee.

“Ford helped launch AutoHarvest as a founding member to enable efficient and transparent technology licensing across the automotive industry and beyond,” said Bill Coughlin, president and CEO, Ford Global Technologies, which manages intellectual property for Ford.

As part of Ford’s increased focus on new and innovative technologies, the automaker is set to hire an additional 200 electrified vehicle engineers this year as the team moves into a newly dedicated facility – Ford Engineering Laboratories – home to Henry Ford’s first labs in Dearborn.

Here are some of Ford’s electrified vehicle patents available for competitors to purchase:

– Method and Apparatus for Battery Charge Balancing, patent No. US5764027: The patent covers passive cell balancing: discharging a cell through a resistor to lower the state of charge to match other cells. This innovation extends battery run time and overall life. This is the first invention to enable battery balancing at any time, instead of only while charging, and it enables the use of lithium-ion batteries in electrified vehicles. It was invented long before lithium-ion battery-powered vehicles became commonplace – truly ahead of its time.

– Temperature Dependent Regenerative Brake System for Electric Vehicle, patent No. US6275763: The technology works to maximize the amount of energy recaptured in a hybrid vehicle through regenerative braking. By improving the interplay between normal friction brakes and regenerative braking during stopping at certain air temperatures, a driver is able to recapture more energy than previously possible, helping the motorist drive farther on a charge.

Driving Behavior Feedback Interface, patent No. US8880290: The patent provides a system and method for monitoring driver inputs such as braking and accelerating, and vehicle parameters including energy consumption to assess driving behavior. The feedback can be used to coach future driving behavior that may translate into better long-term driving habits and improve fuel economy. This technology also has enabled drivers of non-electrified vehicles, such as a Ford Focus, to develop better driving habits.