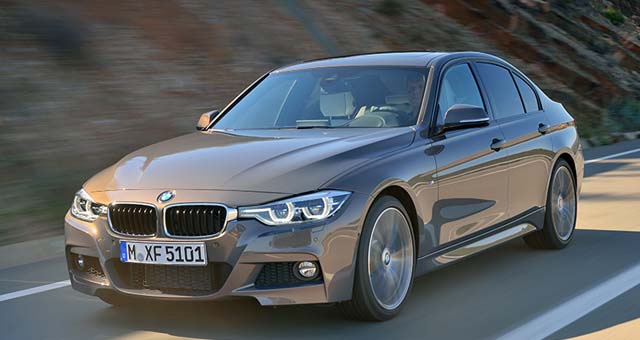 BMW announced that it will launch the BMW 330e plug-in hybrid in 2016, as part of its introduction of the latest enhancement to its brand shaping 3 Series.

The BMW 330e will be powered by a plug-in hybrid drive system with a combined output of around 250 hp and 310 lb-ft (preliminary), giving the BMW 330e a 0–60 mph acceleration time of approximately 6.1 (preliminary) and a top speed of 140 mph (preliminary).

The new BMW 330e is also capable of travelling up to 22 miles in all-electric mode and therefore with zero local emissions.

The drive torque from engine and electric motor is supplied to the rear wheels of the BMW 3 Series plug-in hybrid prototype via an 8-speed Steptronic transmission which – as on conventionally powered BMW models – makes its own additional contribution to the efficiency of the overall drive system.