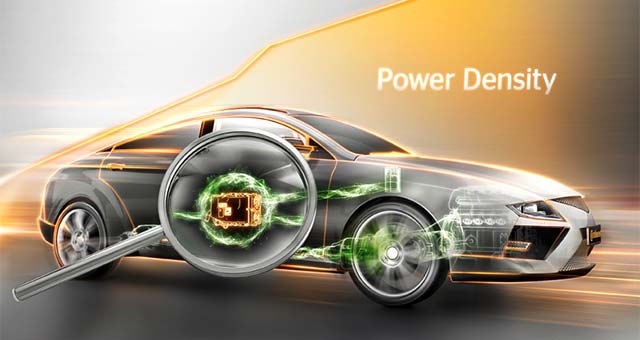 When it comes to hybrid and electric vehicles, there appear to be many seemingly straightforward general assumptions.

This electronic system, which controls both the power as well as the energy recovery (recuperation), has a major influence here. It is also responsible for fully utilizing the potential of the electric drive, thereby making it fun to drive, which is caused in part by the high starting torque and the response behavior of electric motors.

Continental, international automotive supplier and innovation driver in e-mobility, is already producing the second generation of power electronics for five European automotive manufacturers. And now, the next generation is ready to be launched. This system, which is even more compact and even more powerful, will enter series production in August 2015.

Control center between electric motor, battery, and 12-V on-board power supply
Continental’s power electronics is designed as a modular and scalable system, and is used in a wide range of vehicles from the mild hybrid right up to the electric car, from the small car up to the luxury sedan. The system is a key component in every electrified drive, as it supplies both the electric motor as well as the high-volt battery with electricity – when the electric motor works as a generator and feeds electricity into the battery (recuperation). For functional reasons, the power electronics is therefore positioned between the high-volt battery and electric motor, regardless of where the control unit is installed in the vehicle.

The power electronics is also responsible for supplying the 12 V on-board power supply of the hybrid and electric vehicles with power. The energy exchange between the high-volt grid (up to 450 V depending on the system) and the 12 V grid is guaranteed by a DC/DC converter, which also makes the traditional dynamo redundant. Another function of the power electronics is that it enables reverse driving by reversing the polarity and thus changing the electric motor’s direction of rotation. The two central components in the power electronics are the inverter and the DC converter. An important factor in the success of the Continental system is the innovative inverter, which enables a high number of cycles and makes a significant contribution to the efficiency of this power electronics.

The DC/DC converter is also highly efficient, as it converts the voltage almost loss-free. Another special feature of the Continental system is that both components are integrated into a housing, and this makes the power electronics extremely compact.

Headquarters of Hybrid Electric Vehicle in Nuremberg, quality award from Audi for Budapest site
The Continental Hybrid Electric Vehicle Business Unit is in charge of all core elements of the electric drive: power electronics, electric motors, and battery management. It has its headquarters in Nuremberg, where it operates a state-of-the-art test and development center for power electronics. This electronic has been produced at the Nuremberg site for a long time now.

The Business Unit has also been developing and producing the systems at the Continental site in Budapest since 2011. This second power electronics plant of Continental recently received a high award from a German premium manufacturer: the Audi Quality Award “Prevention & Reliability 2014.”

Continental is a technology leader in the field of electro mobility, and has proven its wide-ranging expertise in this area by means of many innovations, including the first serial hybrid system in Europe (2003) and the world’s first separately excited synchronous motor without rare earths (2011). In addition, the widely-established automotive supplier with its different divisions meets all requirements placed on vehicles with an electrified drive from a single source: from integration, energy optimization, and drive management, right up to vehicle safety, information management, and energy-saving tires.