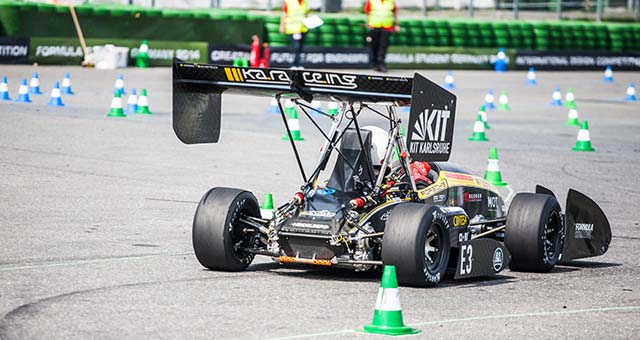 Dr.-Ing. Martin Doppelbauer, Professor for Hybrid Electric Vehicles at the Karlsruhe Institute of Technology (KIT), will use his seminar at CWIEME Berlin to reveal three alternative electric motor designs together with their test results.

Amid constant market demand for cleaner and more efficient vehicles, weight reduction remains a key driver of innovation in the automotive industry. Even in the manufacture of hybrid and electric vehicles – which are more environmental by nature – size and weight are still the name of the game.

“It’s all about power density,” says Dr. Doppelbauer, Professor for Hybrid Electric Vehicles at the Karlsruhe Institute of Technology (KIT). “If we can develop motors for electric cars with the same or higher power and torque at a smaller size and weight, then we can significantly reduce engine cost.”

Increasing electric motor power density through innovative design will be the focus of a public seminar by Dr. Doppelbauer in May at CWIEME Berlin – the world’s largest annual meeting place for the coil winding, insulation and electrical manufacturing communities. In particular, Dr. Doppelbauer will present three alternative examples from his work at KIT: an axial flux motor, an asymmetrical field winding synchronous motor and an optimized permanent magnet synchronous motor.

“While many vehicle and motor manufacturers are carrying out their own research on improving power density, it should be interesting for them to hear the direction that academia is taking – to compare our achievements to theirs and see what is possible,” Dr. Doppelbauer says.

Experimenting with unusual designs
Researchers at KIT started investigating the potential of axial flux motors after ‘miraculous’ claims from a few small manufacturers. “There are only a few companies that produce this type of motor because of the special tools required, but their claims are so impressive, we wanted to develop our own to determine whether they were really true,” he says.

In contrast to the traditional ‘cylinder within a cylinder’ electric motor design, KIT’s axial flux motor consists of two rotating outer discs and a fixed inner disc. “The idea is that by increasing the surface area of the motor – and, therefore, the area that the magnetic field can penetrate – we also increase the force and torque of the motor,” he says.

KIT researchers are also investigating the possibility of an asymmetrical motor for use in electric vehicles. Electrical machines typically have balanced motor and generator functions, but Dr. Doppelbauer is hoping to improve motor operation by ‘stealing’ from the generator. “Ninety-nine percent of the time when driving a car you only need the motor operation. This has never been done before, but our calculations are very promising,” he says.

A future prototype is currently in the design phase. It is based on a field winding synchronous machine, similar to the Renault Zoe but with permanent magnets and a special design to make asymmetrical behavior possible. Dr. Doppelbauer looks forward to presenting the concept in May.

Dr. Doppelbauer will also present the optimized permanent magnet synchronous engines created by his students as part of Formula Student, a competition for academic teams from around the world to design, build and race small-scale formula-style cars. Last year the KIT electric team – which placed third, overall – achieved 50kW peak power and a speed of more than 100kph at a motor weight of 5kg. This year the team has designed a 40kW motor that weighs only 3.5kg. “I believe this is a world record, or at least very close,” he says.