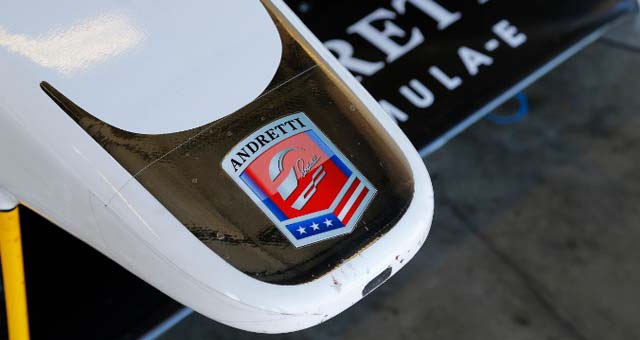 For over 50 years, Andretti has been one of the most famous names in motorsport thanks to the family’s achievements through successive generations in series around the world. From Formula 1, to NASCAR through IndyCar and Rallycross, Mario, Michael, Marco and many more of the Andretti racing clan have created a true American racing dynasty.

Mission Statement
The environmentally beneficial and pioneering nature of Formula E were key factors in attracting Andretti to the series and it gives the team the chance to win the its first FIA-sanctioned world title.

“Our aim for this season is to win the championship,” said team principal Roger Griffiths. “As a racing organisation we’ve been highly successful in winning championships. This is our first FIA world championship [and] we want to be able to say we’re world champions, so we’re pushing very hard.

“To be able to really make a statement about why the environment is important to Michael, to the team and to the American public was very key for us. There are few opportunities to do that and I think that what Formula E has created means we have a unique chance now to show that motor racing can be green and that it can be exciting at the same time.”

History
Mario Andretti started the family’s long history in motorsport back in the 1960s and he would go on to win the Daytona 500 in 1967, the Indy 500 in 1969 and the F1 world title in 1978. He also won four IndyCar titles and countless other races in midgets and sprint cars during his remarkable career. His son Michael, the Andretti team owner, is the most successful driver in CART history and his grandson Marco drives for the team’s IndyCar programme. Mario’s twin brother Aldo was also a keen and talented racer, but a serious injury ended his career prematurely. His son John was a winner in Champ Car and NASCAR.

The Andretti team that runs programmes in IndyCar, Indy Lights, Global Rallycross and now Formula E, can trace its roots back to the 1990s heyday of CART. The team went through a number of incarnations after being founded as Team Green Racing in 1993 with Michael joining in 2001 shortly before his retirement from full-time racing.

The team was renamed Andretti Green Racing and switched to the IndyCar series in 2003 as Michael became team owner. Since then the team has won the Indy 500 with Dan Wheldon in 2005, Dario Franchitti in 2007 and Ryan Hunter-Reay in 2014. Wheldon and Franchitti won the IndyCar title in the same seasons they won the 500 with Andretti, and the squad also won the championship with Tony Kanaan in 2004 and with Hunter-Reay in 2012.

After a restructuring, the team became known as Andretti Autosport in late 2009. In addition to its IndyCar entries, the outfit runs cars in Indy Lights (where it won back-to-back titles in 2008 and 2009) and the Pro Mazda championship (which it won in 2013). In 2014, Andretti started competing in the Global Rallycross championship after partnering with Volkswagen, winning three races with Scott Speed at the wheel.

Key Personnel
The Andretti Formula E team is spearheaded by Michael, but Andretti’s executive vice president and chief operating officer J-F Thormann, one of Michael’s closest associates and business advisors, and Roger Griffiths, the former head of Honda’s IndyCar engine programme, share the responsibilities of team principal. Rob Arnott is the team manager and Julian Greenhalgh is the chief mechanic.

Drivers
So far five different drivers have raced for Andretti Formula E, with a sixth – Scott Speed – set to make his series debut in the Miami ePrix this weekend.

Franck Montagny and Charles Pic lined up for the team in China and finished second and fourth respectively. Matthew Brabham – part of another famous racing dynasty and the 2013 Pro-Mazda champion with Andretti – joined the line-up for Malaysia.

Ex-Toro Rosso Formula 1 racer Jean-Eric Vergne joined the team for Punta del Este and made huge instant impression by qualifying on pole and running at the front before broken suspension denied his a stunning debut result. Brabham was on course for a strong finish until he made a crucial error in the closing stages and crashed out.

Marco Andretti ensured the family name added Formula E to its vast breadth of racing pedigree by teaming up with Vergne for the Buenos Aires ePrix. He was scheduled to compete in Miami, but a change of the IndyCar schedule scuppered his plans.

This has given Speed his chance. He has some Formula E experience having tested at Donington during the pre-season. His addition means that the team has two ex-Toro Rosso Formula 1 drivers with a total of 86 grand prix starts between them.

Future
Following the announcement that Andretti is to be one of the eight manufacturers next season, the team look forward to further develop electric vehicle technology.

Michael Andretti said: “We are very pleased to have been chosen as one of the manufacturers for the second season of FIA Formula E competition. Not only were we able to be a part of the first season as one of only 10 teams, now to have the chance to grow the series further by developing the technology, we’re becoming a part of history in the making to further the evolution of electric vehicles. It’s an exciting time of innovation for the series and the sport of open-wheel racing.”