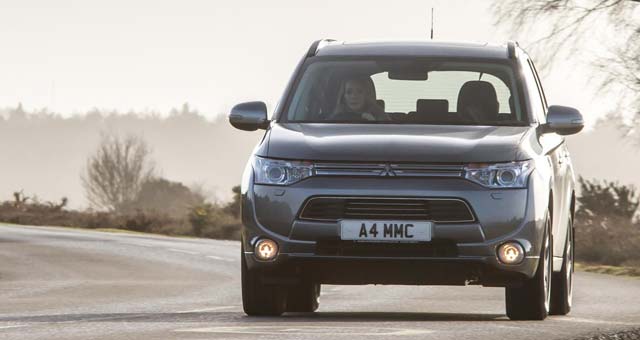 A mum-of-two from Dorset is set to star in a new video campaign for the Mitsubishi Outlander PHEV.

Roz Drinkwater is featured in one of five new films that will be shown on social media by Mitsubishi Motors in the UK. Roz, 50, agreed to take part in the campaign that focuses on real-life stories purely because she is so pleased with her car.

She said: “I was quite surprised when I was asked to be in one of the films but I thought, ‘Why not?’. I love the car. My children think it’s hilarious that I’m going to be in the video. They wanted to take the day off school to watch the filming.”

A film crew of seven, including presenter Ruth Frances, spent the day with Roz, filming her at home in Christchurch and when she drove to collect her 15-year-old daughter and 11-year-old son from school.  Thanks to the solar panels on her home, Roz doesn’t pay a penny for the electricity she uses during the day, which means she can charge her Mitsubishi Outlander PHEV and drive without having to pay for fuel.

The family-sized SUV uses both electric and petrol power. Unlike non plug-in hybrid vehicles, the Outlander PHEV can travel substantially further on battery power – 32.5 miles – more than enough to accommodate Roz’s journeys, whether it’s the school run, weekly shop or visiting her mum.

Roz said: “There’s plenty of battery power to do everything I need to do. I just stick it on charge when I get home and I never need to go to a petrol station.

“It’s brilliant, I absolutely love it. Even if you take away how economical it is, I would still love the car. It doesn’t feel like you’re driving an electric car, it’s really comfortable.”

The impressive electric range of the PHEV gives the vehicle significant environmental credentials. It emits just 44g/km of CO2 and the official combined fuel consumption figure is 148mpg.

Roz bought the car from Poole Mitsubishi, in Ringwood Road, in July 2014 and has only filled it up with petrol three times since then, for the occasional longer journey. The solar panels on the family home in Smugglers Lane South, in Highcliffe, are on a 20-year lease, and as part of the deal their electricity is free during the daytime.

“I’m literally running it for free,” said Roz. “There’s no road tax because of how environmentally friendly it is and I’m not paying for charging it. It’s fantastic.”

Roz added: “It’s the perfect car for me.  It’s got great boot space for all the children’s stuff and the dog. It blends the practicality and economy with space and comfort. There’s no way I’d swap for a normal petrol car now.”