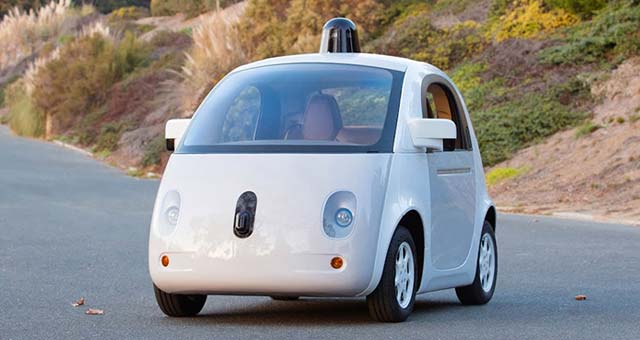 Just in time for the holidays, Google has unveiled the first complete prototype of its self-driving car.

In May, the company showed off a mockup of its autonomous driving vehicle. But that was just an early design concept — the vehicle didn’t have headlights, a steering wheel or brake and accelerator pedals.

The new prototype has a few subtle cosmetic changes, including a more polished casing for the equipment on top of the car that enables it to see the road as software directs its course.

” The vehicle we unveiled in May was an early mockup – it didn’t even have real headlights. Since then, we’ve been working on different prototypes-of-prototypes, each designed to test different systems of a self-driving car – for example, the typical ‘car’ parts like steering and braking, as well as the ‘self-driving’ parts like the computer and sensors,” it continued. We’ve now put all those systems together in this fully functional vehicle – our first complete prototype for fully autonomous driving. We’re going to be spending the holidays zipping around our test track, and we hope to see you on the streets of Northern California in the new year,” the company said in a post on Google+.

Google in September received permits from the state of California to start test self-driving cars on public roads. There’s still no indication of when these autonomous vehicles will actually hit the market.