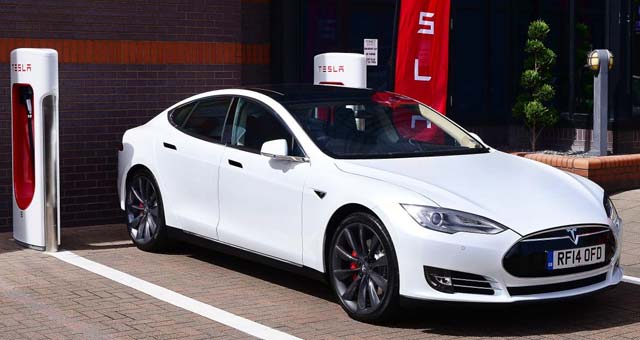 Daimler AG has reorganized its cooperation with Tesla Motors Inc.

In this context, Daimler has terminated the share-price hedge it initiated in 2013 and has sold its stake in Tesla of approximately 4%.

The cooperation between the partners on the automotive projects is unaffected. Development work for the Mercedes-Benz B-Class Electric Drive is completed, the partnership with Tesla remains in place.

“We pursue our strategy for emission-free driving consequently. Electric vehicles are one component of this roadmap. In Tesla we do have a bold partner. Together we launched the B-class Electric Drive successfully in the United States this summer. In November, the B-Class Electric Drive will be launched in Europe as well. We are convinced that this powerful electric vehicle for every day use will appeal to a lot of customers,” stated Dr. Dieter Zetsche, Chairman of the Board of Management of Daimler AG and Head of Mercedes-Benz Cars. Furthermore, the batteries for the first generation of the smart fortwo electric drive had been from Tesla. The two-seater with electric drive is one of the best-selling electric cars in Germany. “Our partnership with Tesla is very successful and will be continued”, added Zetsche.

The sale of Daimler’s stake in Tesla will result in a cash inflow of around $780 million, which will be used to strengthen Daimler’s operational business. The impact on EBIT for the year 2014 is approximately in the same amount.

“We have supported Tesla as a startup company for many years and have learned a lot from Tesla. At the same time, Tesla was able to profit from our automotive expertise. The cooperation with Tesla is one component of our activities in the field of electric mobility. It optimally complements our involvement in Deutsche ACCUmotive,” explained Prof. Dr. Thomas Weber, member of the Board of Management of Daimler AG for Group Research & Mercedes-Benz Cars Development.

Systematic hybridization is also a fixed element of Daimler’s powertrain strategy. In 2014, Mercedes-Benz sold more automobiles with hybrid drive than all other German manufacturers combined. The focus will continue to be on plug-in hybrids in the coming years. By the year 2017, Mercedes-Benz Cars will launch ten new plug-in hybrid models in all market segments.

Daimler initially acquired a 9.1% interest in Tesla in May 2009. 40% of that investment was transferred to Aabar Investments PJSC in the context of a joint strategic project in July 2009. Tesla has been listed on the stock exchange since the end of June 2010. As a result of capital increases at Tesla, Daimler’s stake in the company decreased to around 4%, without affecting the two companies’ strategic cooperation or joint development projects.