Design a Downsized Inverter and Win a Million Bucks from Google 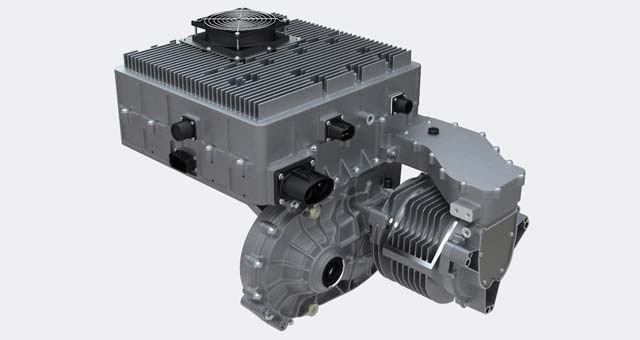 Google and the Institute of Electrical and Electronic Engineers (IEEE) are offering a US $1 million prize to anyone who can design a power inverter that is about 10 times smaller than what is available today.

The Little Box Challenge calls upon those with “a healthy disregard for the perceived limits of engineering” to design a kilowatt-scale inverter with the highest power density possible (at least 50 watts per cubic inch, or about 3 watts per cubic centimeter).

Google will pony up the cash while IEEE (which publishes IEEE Spectrum) has generated the specifications for the competition and will participate in judging, says Don Tan, president of IEEE’s Power Electronics Society (PELS). He adds that shrinking and improving the power electronics in today’s inverters could have tremendous benefits for society.

The problem with conventional inverters, which convert direct current from devices like solar panels and batteries to alternating current, is that they are relatively big and heavy (about the size of a cooler). Google is hoping that a lighter, more portable inverter would have a wide range of applications. Some of the more immediate uses could be for even lower cost solar PV systems for homes, more efficient uninterruptible power supply, affordable microgrids for remote regions of the globe, or the ability to use an electric vehicle’s battery as backup power during a blackout. A smaller inverter could also make Google’s data centers run more safely and efficiently, the company said.

Tan says there are various ways to approach the challenge, and any breakthrough in power density will likely take innovation in both design and materials. The inverter will have to have an efficiency greater than 95 percent and handle loads of 2 kVA. It also has to fit in a metal enclosure of no more than 40 cubic inches (655 cubic centimeters) and withstand 100 hours of testing. A full list of requirements can be found here [PDF].

One of the most obvious approaches, Tan explains, would be to increase the frequency that the inverter operates at to increase the power density. To get there, participants will want to look towards wide-bandgap (WBG) semiconductors that use materials such as gallium nitride (GaN) or silicon carbide (SiC) and can function at higher power loads and frequencies, allowing for smaller, more energy-efficient devices.

But even if the challenge produces a winner with technology ready for commercialization, it won’t necessarily translate into immediate lower costs for some of the most promising applications. The high cost of microgrids, for example, is driven largely by storage costs and standardization and integration issues. Electric vehicles also suffer from high costs because of batteries.

Still, “the power electronics are still pretty expensive” in these applications, Tan says, so the benefits would become apparent with time. What is more, the Little Box Challenge is not operating in a vacuum. There are other efforts, such as Tesla’s Gigafactory, aimed at lowering the cost of lithium ion battery packs.

And inverter costs for solar panels, which are the single largest hardware cost besides the panel modules, are also falling. In the United States, average residential inverter prices declined from $0.34 per watt to $0.30 per watt in 2012, according to GTM Research and the Solar Energy Industries Association. Solar microinverters and module-level power electronics are also capturing more of the solar market and changing the design and soft costs of solar PV systems.

Google says teams will keep their intellectual property and the company will not require an exclusive license. But it added that Google may make public some high-level technical details (without revealing any IP) to “show the world what techniques are possible in creating a new generation of power electronics.”

Registered teams must submit a technical approach and testing application by July 22, 2015 and finalists will be announced in October 2015 with a grand prize awarded in January 2016.