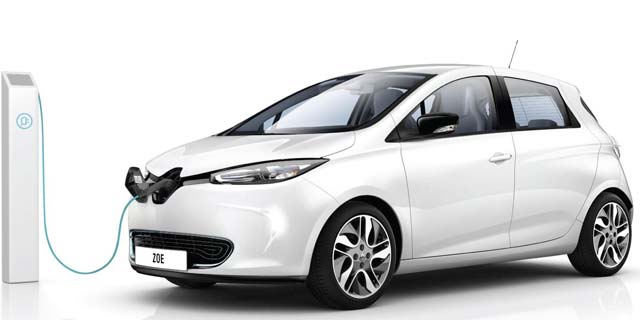 Renault announced today it is still including a 7kW wall-box, which charges ZOE from zero to 100% in three to four hours, for free at domestic properties in the UK – worth £214.

British Gas will install a 32 amp (7kW) ZE ready single wall-box with all new purchases, and have it fully operational ready for owners to charge their eagerly-awaited pure electric ZOE at home for the first time.

Renault believes that around 90% of charging will take place at home, with ZOE’s battery able to be charged from completely flat to fully charged in just three and a half hours, while Renault ZOE can also be fast charged to 80% of its capacity in just 30 minutes using public rapid-charger 43kW power sources, of which there are already over 150 around the country.

The single wall-box can be installed at any UK residential address with an O2 data signal, and has an attached lead, meaning that drivers don’t have to delve into the boot at night to find the cable to plug in. The cable is 4.5 metres long, ensuring that even customers with off-street parking will be able to charge their ZOE easily.

The French automaker is also offering ZOE customers an ice-cream melting £2,750 deposit contribution on all new purchases as part of the recently launched Renault Summer Season.

Combined with the Government’s still-live plug in grant it means there has never been a better time to own the stylish 100% electric compact – available from just £174 per month including £45 per month mandatory battery hire.

Renault ZOE is one of the UK’s most affordable electric cars – starting at a recommended retail price of £13,995 (after UK Government’s Plugged in Car Grant) but costing less than 2p per mile to run.

It boasts the longest NEDC range of any mainstream electric car at 130 miles, and its five star EuroNCAP score ranked it the safest supermini last year.

Add all of these savings up and a typical ZOE buyer could be thousands of pounds better off, even before taking into account the associated Benefit-in-Kind, road tax and congestion charge benefits of running an electric vehicle.

ZOE customers will all still benefit from the comprehensive Renault 4+ package, worth over £1,000, which includes 4 years/100,000 miles warranty and roadside assistance.
Representative example – ZOE Dynamique Intens