Exagon Furtive eGT On Display In London This Week 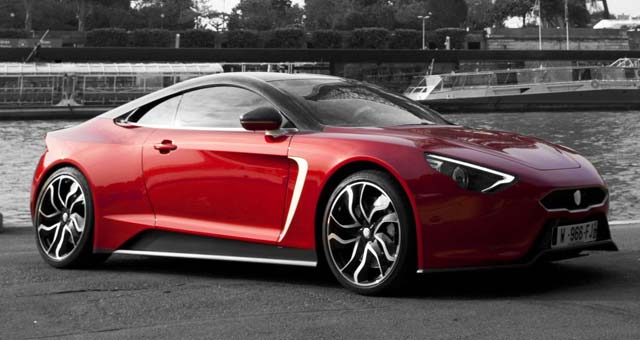 Exagon Motors will display its Furtive-eGT all-electric luxury sports car at the Salute to Style event, at the Hurlingham Club, in London.

The Furtive-eGT is developed by Exagon in cooperation with SAFT, who provides the latest generation Li-ion batteries, and Michelin (axles and tyres).

The Furtive-eGT is powered by two Siemens Inside e-Car motors, each developing 148 kW motors. Together they produce the equivalent of 395 hp at between 5,000 and 10,000 rpm. These exceptionally efficient, liquid-cooled motors are the most compact and lightest on the market. They are centrally mounted and mated to an innovative ZTI (Zero Torque Interruption), three-speed gearbox.

Premium, advanced materials based on Formula One technology have been used to develop a sportscar with a main carbon-fibre/honeycomb tub and a cast aluminum rear structure; the entire body only weighs 124 kg, giving, as a result, an exceptional weight/stiffness ratio.

Inside, Exagon has used only the finest materials. “We have the same approach as jewel-makers to high-end manufacturing and bespoke craftsmanship,” explains Luc Marchetti, founder of Exagon Motors. “France has a unique focus on virtuosity and creativity when producing works of art. Every Furtive-eGT made so far has been created specially for its owner, and leading designers have penned each one according to the individual’s interpretation.”

Exagon says that there has been an international waiting list for the Furtive-eGT since orders were open at its launch in Paris.