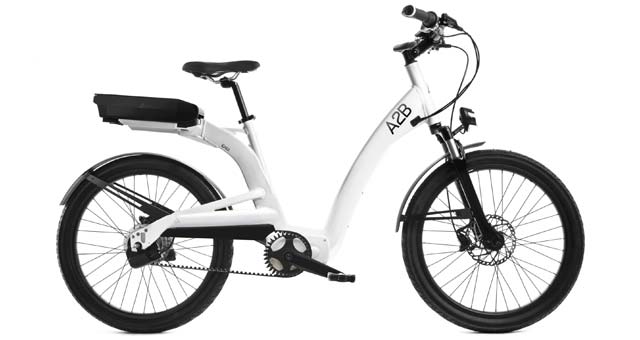 Continental is expanding its involvement in drives for e-bikes, pedelecs, and bicycles.

The CONTI eBIKE SYSTEM will enter production in the fourth quarter of 2014. It is on show and ready for a test ride at the Eurobike trade fair from August 27 to 30, 2014 in Friedrichshafen.

The company will also present its service concept for manufacturers and dealers. This includes service software, training and a hotline. ContiTech will also be introducing trade fair visitors to the optimized CONTI DRIVE SYSTEM at booth 205 in hall A6. Starting now, manufactures can order the production-ready drive technology with timing belts. The first models with both systems by various manufacturers will be on display at the international bicycle trade fair.

Continental presented a prototype of the CONTI eBIKE SYSTEM at the Eurobike trade fair in 2013. The complete drive system, with a mid-mounted motor, display, remote and battery, powers e-bikes and pedelecs. It is positioned in the premium segment and is smaller, more powerful, and lighter than other concepts on the market.

After successful sampling by the manufacturers, production will start in the fourth quarter of 2014. The first models will be available from specialist dealers starting in spring 2015. Continental will also be offering comprehensive services for manufacturers and dealers starting at the end of this year. Information from the CAN bus-based system can be accessed with complimentary software. Information on performance data, charging processes and user behavior will support system analysis and maintenance. Technical support is available through a hotline providing information about products and sources of supply. The service is operated at a central service center in Frankfurt. Training courses specially tailored to the needs of manufacturers and dealers will start in spring 2015.

The service offer also applies to the CONTI DRIVE SYSTEM, which uses innovative drive technology with timing belts instead of chains for bicycles, pedelecs, and e-bikes. What makes it so special compared to other systems is the tooth profile: The size of the teeth ensures increased jump-over protection. In addition, it requires less pre-tensioning than other systems. This reduces wear and tear on bicycle components, such as gear hubs and inner bearings, and makes pedaling considerably easier.

Continental is developing the drive systems and service offers together with the specialist for e-bike drives Benchmark Drives. As of 2014, the company belongs to the drive belt specialist ContiTech Power Transmission Group, a business unit of the Continental division ContiTech. Thanks to this acquisition, Continental is strengthening its position in the important growth market for e-bikes and pedelecs.