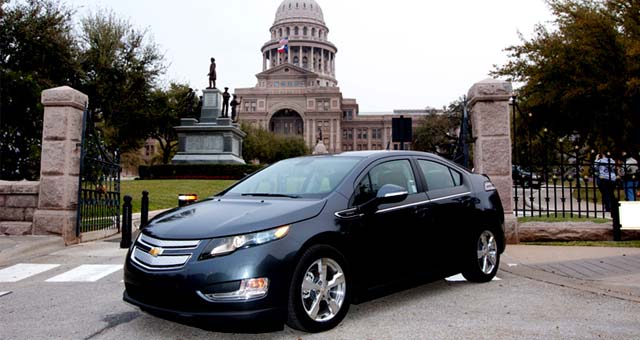 The Texas Commission on Environmental Quality announced that financial incentives is being made available toward the purchase or lease of eligible new electric drive vehicles.

Senate Bill 1727, enacted by the 83rd Texas Legislature, revised the Texas Emissions Reduction Plan’s Light-Duty Motor Vehicle Purchase or Lease Incentive Program as a statewide program to provide up to $2,500 per eligible vehicle.

Owners or lessees are eligible for the following incentive amounts:

The TCEQ has compiled a list of vehicle makes and models that vehicle and conversion system manufacturers report may meet the eligibility criteria and be available for sale or lease in Texas.

Under the key eligibility criteria, the vehicle must:

– have four wheels;
– have been manufactured for use primarily on public streets, roads, and highways;
– have a powertrain that has not been modified from the original manufacturer’s specifications;
– have an unloaded vehicle weight of no more than 8,500;
– have a maximum speed of at least 55 miles per hour;
– be propelled to a significant extent by an electric motor;
– have a battery that has a capacity of at least 4 kilowatt hours and can be recharged from an external source of electricity;
– and be capable of being recharged from an external source of electricity

Only vehicles sold through a franchised dealer in Texas, or leased from a leasing company licensed to do business in Texas, may be eligible. Vehicles purchased from the manufacturer or from an out-of-state dealer would not be eligible.  For leased vehicles, the vehicle must be purchased by the leasing company from a franchise dealer in Texas as well.  Recipients of the grant will be required to title, register, and operate the vehicle in Texas for one year.