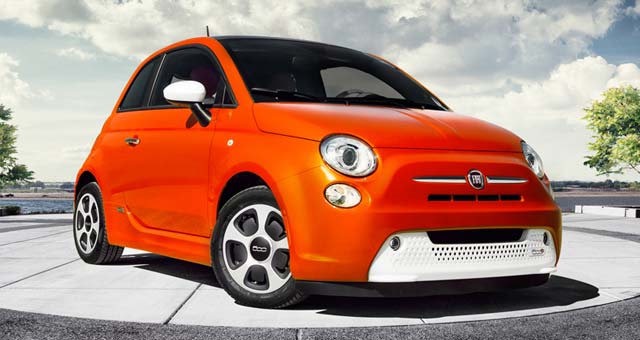 Speaking at a conference in Washington, Marchionne said Tesla Motors was the only company making money on plug-in cars because its Model S electric sedan is sold for a higher price.

“I hope you don’t buy it because every time I sell one it costs me $14,000,” he said to the audience at the Brookings Institution about the 500e. “I’m honest enough to tell you that.”

Through April, the automaker sold 11,514 of the 500 cars in the United States this year, down about 15 percent from the same period last year. The company does not break out 500e sales.

The state of California’s zero-emission vehicle mandates and federal fuel- efficiency requirements for 2025 are pushing the need for electric cars, but Marchionne said he would prefer the U.S. Department of Energy simply set targets and let the automakers achieve them in their own way.

“We’ll find the right mixture of technology to deliver mileage and [carbon dioxide] reductions. We’re much better at this than you are, I hate to tell you this,” he told an Energy Department employee who asked a question from the audience.

“I’ll make the car. I’ll make it available, which is my requirement, but I will sell the [minimum] of what I need to sell and not one more,” Marchionne said of the 500e. “If we just build [electric] vehicles, we’ll be back in…Washington asking for a second bailout because we’ll be bankrupt by Christmas.”

Marchionne said for the company in 2025 to maintain the same type of U.S. sales mix it has now, hybrid vehicles that are powered by both gasoline and electric engines will make up more than half if not close to three-quarters of sales.