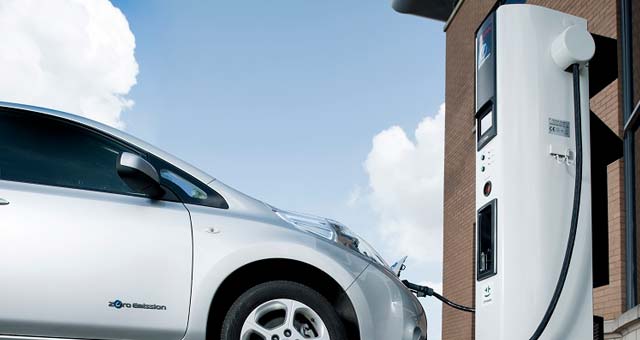 A network of 14 electric vehicle rapid chargers, forming Milton Keynes CrossLink and supplied and operated by Chargemaster Plc, has been completed four weeks before the planned launch date.

The rapid chargers are some of the first ‘tri-standard’ units in the UK and will allow EV drivers to charge their cars in approximately 20 minutes, enabling cross-country motoring through Cambridge, Bedford, Milton Keynes, Buckingham and Oxford.

CrossLink is a Milton Keynes Council initiative and the charging units are sited at strategic locations connecting Cambridge and Bedford in the East with Milton Keynes and Cheltenham, Oxford and Buckingham with Milton Keynes to the South West. The units, supplied by local company, Chargemaster Plc, will provide rapid charging to a whole range of the latest electric vehicles.

The ‘tri-standard’ charging points are designed to work with all the latest electric cars including the new BMW i3 and VW e-up!, the Nissan Leaf, Renault ZOE, Citroen C Zero, Peugeot iOn, Mitsubishi i-MiEV and the Tesla Model S, the first UK models of which arrive next month.

The network of charging points has been partly funded by the Office for Low Emission Vehicles (OLEV) under a government scheme supporting the growth of ultra low emission vehicles and the respective charging network.

Milton Keynes CrossLink is one of the first from this round of OLEV funding to be completed, and is one of a number of key initiatives being implemented by Milton Keynes Council to make the city a low-carbon and emission-free centre. The network, which does not rely on any financial contribution from the rate payer, enables electric vehicle owners and operators to recharge their cars several times faster than conventional chargers and allows easy access to the Milton Keynes regional shopping centre and recreation facilities.