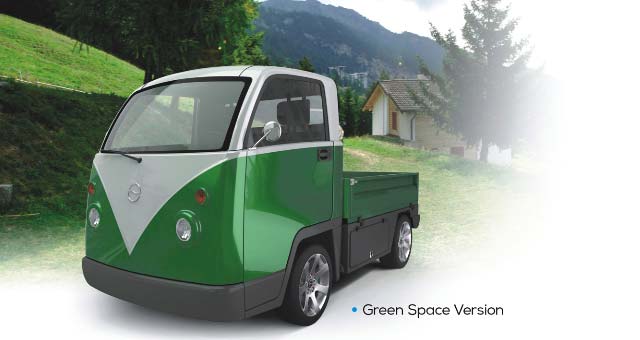 Cenntro Motor Corporation, an American manufacturer of all-electric vehicles, announced the debut of its production intent KOMBI, its compact electric utility vehicle and the launch of production in the United States.

The all-electric KOMBI combines Cenntro’s vehicle platform technology and features an advanced propulsion system. It is the first vehicle in this class produced in the United States.

The KOMBI EV features a 6.2 kWh Samsung Lithium battery, a range of over 50 miles on a single charge with a charge time under 6 hours.

Cenntro will initially sell the KOMBI in North America and will begin to deliver vehicles in the second quarter of 2014.

The KOMBI EV features an 800 lb payload, and platform options that can be designed to reflect application needs. The KOMBI will initially be available in the EV model, a low speed variation, and the product line will expand in the third quarter of 2014 to include Off Road and later a full speed variation.

The KOMBI will be featured at the World Ag Expo, the largest annual agricultural exposition with over 1,500 cutting-edge agricultural technology and equipment manufacturers, which hosts an estimated average attendance of 100,000 from 70 countries.