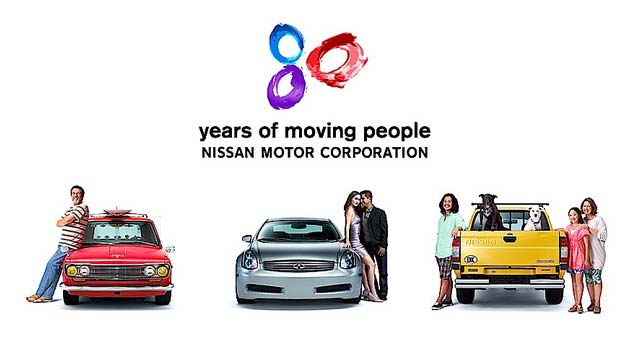 Nissan Motor Corporation marks another milestone in its history on December 26, celebrating 80 years of moving people with innovative and exciting cars.

Take a look at Nissan’s rich history of the company in the video. The Nissan LEAF and the company’s other electric vehicles start appearing prominently at the 3:00 minutes mark.

To mark the occasion, Nissan held an 80th Anniversary Heritage Car Parade in Yokohama, Japan to commemorate its eight decades.

Over 100 Nissan and Datsun heritage cars took to the streets of Yokohama, touring 10 kilometers through the city.