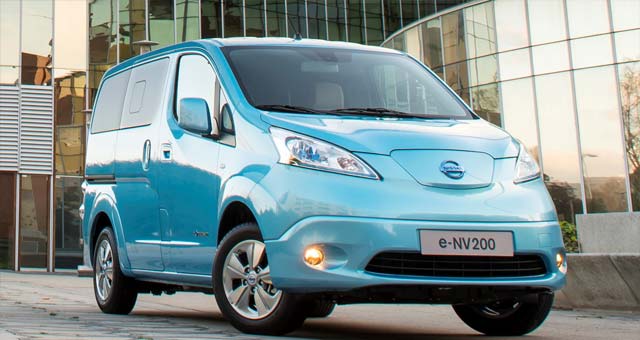 Taxi Electric will be the first private taxi company to add the new 100 percent electric Nissan e-NV200 taxi to its green-energy-fuelled, zero-emission fleet.

The combination of Nissan’s zero-emission technology, in the form of the 100 percent electric Nissan LEAF and Taxi Electric’s ground-breaking city transportation model have been a recipe for success since the start of operation in 2011.

Now the two companies have teamed up again to build on this success and take the next step forward- introducing the game-changing all-electric Nissan e-NV200 taxi this summer.

Amsterdam-based Taxi Electric operates a fleet of 25 Nissan LEAF vehicles and was the first private taxi service to switch to a fleet of 100 percent electric taxis in November 2011. The Dutch company’s fleet of Nissan LEAF’s has now amassed a trouble-free 1.5 million km in taxi operations – clear proof of the electric vehicle’s high quality and reliability.

Taxi Electric will not be alone in making the Nissan e-NV200 part of its taxi fleet, with the city of Barcelona having signed a memorandum of understanding with Nissan to promote it as a taxi for the Spanish region. Global production of the Nissan e-NV200 begins in May this year, with sales starting in the summer.[wzslider height=”400″]