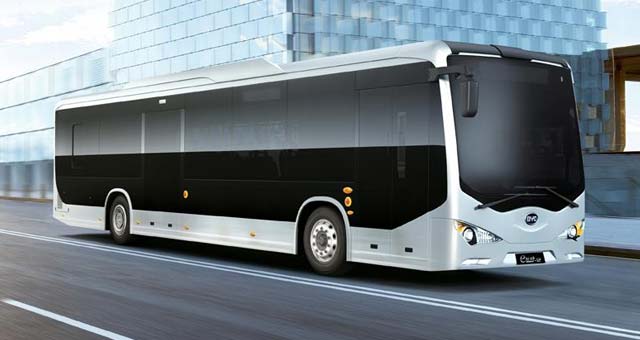 The Transport for London (TfL) and bus operator Go-Ahead London began a trial of the Capital’s first electric buses.

Routes 507 and 521 will trial the new buses as the technology is particularly suitable for busy short commuter services which operate between Victoria, Waterloo and London Bridge stations.

The trial will help TfL develop plans for greater use of electric buses in central London in the future, supporting the Mayor’s vision of a central London Ultra Low Emission Zone.

The trial will be used to establish whether the technology can stand up to the rigours of operating in an intense urban environment such as London.

BYD’s tests demonstrated a potential running cost saving of around 75 per cent compared to a diesel bus.

The BYD electric buses take around four to five hours to fully charge overnight and should have a range of 250km (155 miles), which would be sufficient to operate these buses for a full day on these routes without the need to recharge.

In addition to the two buses in this trial, six additional electric buses will be introduced into the TfL fleet in early 2014.

Four of the buses were secured with funding from the Department of Transport (DfT) Green Bus Fund with a further two funded from TfL’s technology demonstration budget.

Around 600 hybrid buses now operate on the roads in London, including the New Routemasters, with more being introduced in a rolling programme.

By 2016 there will be more than 1,700 hybrid buses in service on London’s streets representing 20 per cent of the total bus fleet.