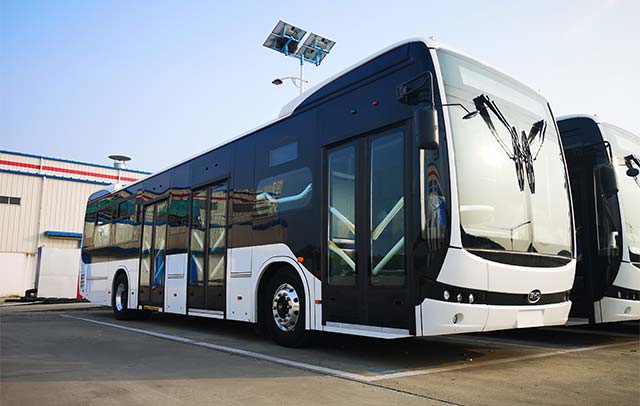 Chinese electric bus maker BYD will provide the Colombian capital of Bogotá with a fleet of 379 pure electric buses, in a deal awarded by the capital’s TransMilenio SA mass transport authority.

This fleet will begin operations in September 2020, giving Bogotá the largest electric bus fleet on the continent and one of the largest in the world. Along with the 64 pure electric buses in Medellín, Colombia will have a total of 443 BYD electric buses, putting it at the vanguard of Latin America’s rapid push towards public transport electrification.

The buses will be manufactured entirely by BYD and operate in the Integrated Public Transportation System – SITP, with the towns of Usme and Fontibón to be the first to enjoy the firm’s cutting-edge electric bus technology. This order also sees BYD again smashing the record for the largest electric bus order in the Americas, following its delivery of 183 buses to Chile during August 2019.

“With the arrival of zero emission electric buses to the SITP, we fulfilled a dream that this administration had proposed, and for which we worked hard, to give the city a better public transport service, with technology that’s both state-of-the-art and user-friendly,” said María Consuelo Araujo, General Manager of TransMilenio SA.

“The Somos Group has over 50 years of experience in passenger transport in Bogotá and 20 years in the TransMilenio system, for us the operation of electric buses is a great challenge and we trust that it will bring great benefits to all of Bogotá’s citizens,” said Enrique Wolf, General Manager of the Somos Group. “BYD has shown great interest in the Latin American and Colombian market and was an essential part of our decision to enter this business, by giving us the necessary confidence and solidity that should support such an important process.” Somos Group is one of the local bus operators that will run BYD electric buses.

“BYD’s successful bid to provide 379 buses today is a great achievement for Bogotá and TransMilenio, which is leading the global shift to cleaner and more sustainable transport,” said Lara Zhang, Country Manager of BYD Colombia. “More importantly, these electric buses produce zero emissions and are environmentally friendly, bringing better air quality and improved living conditions to local people. Today is an important milestone in the transport history of Bogotá, and every Bogotá resident should be proud of being part of the great transition to electric.”

It is estimated that in its first year of operation, this fleet will cancel out 21,900 tons of CO2 and 526 kilograms of PM 2.5 pollutant particles. It will also be 60% cheaper to operate these buses, compared to traditional diesel-powered buses.

BYD’s zero-emission transportation solutions have gained ground in Latin America, and now successfully service markets in many other countries across the region, including Ecuador, Chile, Brazil, Peru, Panama, Uruguay and Argentina, which join the nations across the world betting on greener, electrified public transport systems to help tackle climate change. Globally, BYD buses, taxis and other electric vehicles are present in more than 300 cities, 50 countries and regions.

Nov 26, 2019Blagojce Krivevski
New Nissan LEAF customers to get pre-paid charging access to EVgo’s charging networkUK customers can save up to £4,500 off a new Mitsubishi Outlander PHEV