Ford, University of Michigan Team up on Battery Lab 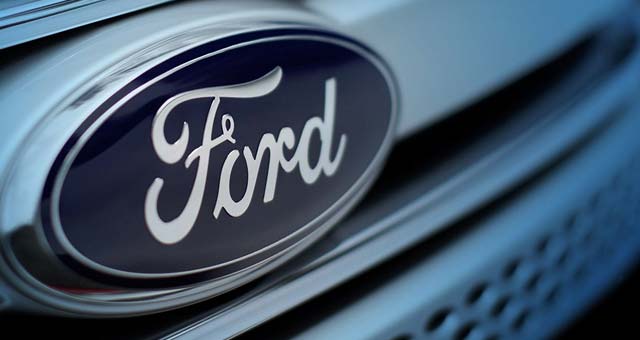 A new $8 million battery lab opened today at the University of Michigan that will help Ford develop batteries that are smaller, lighter and less expensive to produce.

The work could accelerate development of battery-powered vehicles that are more efficient and affordable than today’s models and that go farther on a single charge.

The lab is a battery manufacturing facility designed to support pilot projects. State-of-the-art manufacturing methods will be used to make test batteries that replicate the performance of full-scale production batteries, allowing for faster implementation in future production vehicles.

The lab is the result of collaboration between Ford, battery suppliers, the University of Michigan, and the state and federal governments, and it holds the potential for major advancements in extending battery life and durability. Ford, the only automaker to invest in the facility, contributed $2.1 million. Other investors include the University of Michigan, Michigan Economic Development Corporation and the U.S. Department of Energy.

Ford has been supporting battery research for more than 20 years. Last year, the company invested $135 million in design, engineering and production of key battery components, and doubled its battery testing capabilities. Ford was able to accelerate durability testing, with test batteries now accumulating 150,000 miles and 10 years’ life in about 10 months.

Even so, battery development is in its infancy, and more research is needed. Just as critical, said Miller, is the need for new chemistries to be assessed in a credible cell format, which means small-scale battery cells can be tested in place of full-scale production batteries without compromising the test results.

“We have battery labs that test and validate production-ready batteries, but that is too late in the development process for us to get our first look,” said Ted Miller, who manages battery research for Ford. “This lab will give us a stepping-stone between the research lab and the production environment, and a chance to have input much earlier in the development process. This is sorely needed, and no one else in the auto industry has anything like it.”

“It is way too early in the battery race to commit to one type of battery chemistry,” said Miller. “In the span of 15 years, the industry has gone from lead-acid to nickel-metal-hydride to the lithium-ion batteries used in Ford C-MAX and Ford Fusion hybrids on the road today. Others in the auto industry have placed their bets, but we are convinced a better solution will require input from a multitude of partners.”

“This is important for the state of Michigan, too,” Miller added. “Previous investments have been focused on battery production, and now our state becomes a research core for batteries. The University of Michigan benefits, because the best and brightest from car companies, suppliers and academia will come here. In turn, that will attract the best students. We need to nurture the next generation of battery scientists, and it helps Ford that the campus is less than 40 miles from Dearborn.”