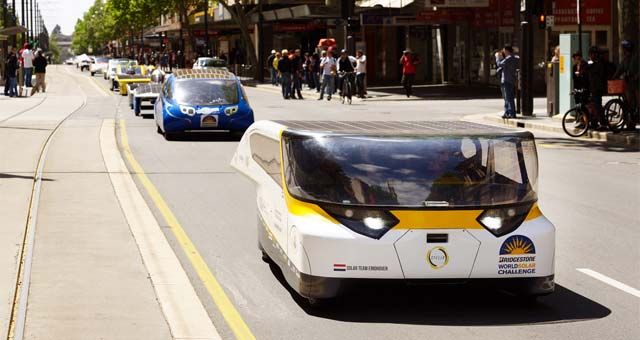 Stella, a four-seater solar‑powered family car developed by Solar Team Eindhoven, Netherlands, is the winner of the Cruiser class of the World Solar Challenge 2013.

Students of Eindhoven University of Technology (TU/e) had been leading the race’s Cruiser class right from the start with their car Stella, but they saw German and Australian teams catching up on them in the final stage.

The Cruiser class was inaugurated in order to encourage the development of commercially viable solar-powered vehicles. Whereas other categories focus on speed alone, the Cruiser class takes into account practicality for everyday use.

The Netherlands is strongly represented in the Race to the Sun: in the Challenger class, Delft were the champions with Nuna7 and Twente took third place.