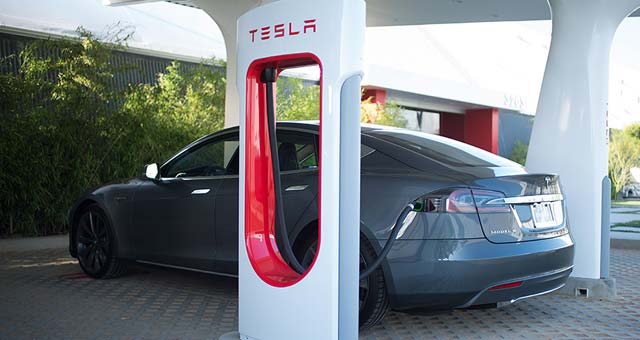 As electric car sales rev up, there are concerns that more battery-powered and plug-in hybrid cars might disrupt the nation’s power grids.

If a large number of electric cars in close proximity plug in at peak times — like after work on a hot summer’s day — it could prompt a power surge and overwhelm the local transformer.

But a new report by the Texas-based Pecan Street Research Institute finds there may be little to fear, at least in the near term.

In a study of car charging in a neighborhood with one of the highest residential concentrations of electric cars in the country, researchers found that owners are charging their EVs much less during hot summer afternoons than most behavioral models predicted.

“EV drivers are distributing when they charge much more than was assumed in models,” said Brewster McCracken, CEO of Pecan Street. “This could have a pretty dramatic impact on what the projections are for how many EVs a utility could manage in a particular area.”

The report analyzed charging behavior at 30 homes in Austin, Texas, between June 1 and Aug. 21, when electric grids are often already stressed by air conditioning loads. The surveyed cars consisted of 21 Chevrolet Volts, nine Nissan Leafs and one Tesla Model S. Fifteen of the surveyed homes also participated in a research trial examining the effects of time-of-use energy pricing.

The study found that telematics, or wireless communications systems, are key enablers of time-of-use charging. The OnStar system for Volts and CarWings system for Leafs allow for the exchange of information between cars and the grid so that drivers can select cheaper, off-peak times to charge.

For all participants, the average weekday charge duration was just under two hours. Pecan Street determined that the average monthly electricity cost for EV charging, normalized over a 30-day period, was $23.56.

“How many people can run their gasoline cars for $23 a month? Because that’s what’s effectively happening,” McCracken said.

According to Mark Duvall, director of electric transportation at the Electric Power Research Institute, an EV could increase the electricity demand at a single home by as much as 20 percent. But in nearly every case to date, the grid has been able to accommodate that increase or utilities have quickly found a way to do so, he said.

Storage batteries that help the grid?

“When everyone got air conditioning, we served the load. You serve the load no matter what,” Duvall said.

According to representatives at Pacific Gas and Electric Co., which serves large EV populations, a grid service check is conducted every time a customer purchases an EV to ensure there’s enough power to charge it. Out of the 10,000 checks, only 12 local grids have had to be upgraded.

A recent report by Southern California Edison Co. found that less than 1 percent of transformer upgrades are directly attributable to plug-in cars. But the report also noted that as an increasing number of pure-electric cars with higher charging capabilities come online, it could have implications for grid reliability.

On the other side of the coin, the advent of telematic communications and smart grid technologies could turn EVs into an energy storage asset. As the power grid modernizes, opportunities for EVs to participate in demand response will grow and potentially save both utilities and consumers money.

“Can cars act as storage? Yes, they can,” Duvall said. But the extent to which they will in practice “remains to be seen.”