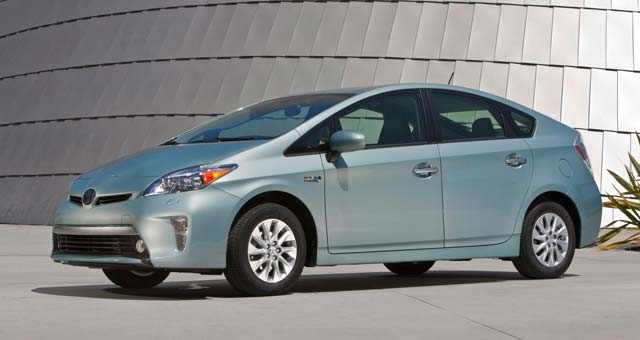 Toyota Motor Corp. announced it is cutting the price of the 2014 Toyota Prius Plug-in Hybrid by more than $2,000.

The Prius Plug-in Hybrid is well-equipped (similar to a Prius Three), but adds these appealing features:

Pricing for the 2014 Prius Plug-in Advanced model has also been adjusted to make the model more accessible to consumers with a $4,620 reduction in MSRP to $34,905 (excluding DPH).

The Prius Plug-in Advanced will still offer popular features including:

Production of the 2014 model year Prius Plug-in begins in October with pricing taking effect when these models arrive in showrooms in November.

Toyota is the latest automaker to cut prices of electric vehicles in the face of less than expected demand.