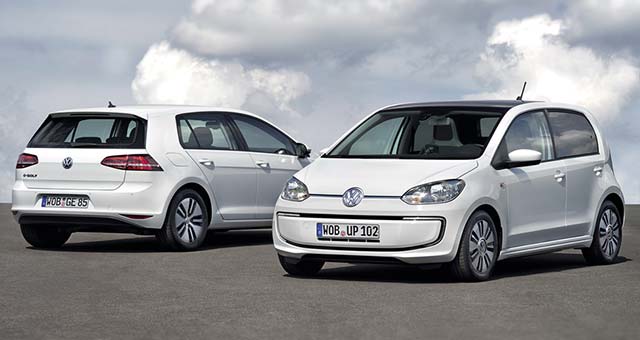 In the first crossover partnership of its kind in Britain between a car company and an energy company, Volkswagen Group will provide a 100% Green Electricity offer to all customers purchasing an electric vehicle from its Volkswagen and Audi brands.

The announcement comes shortly after the Volkswagen Group’s Chairman,Prof. Dr. Martin Winterkorn, announced on the eve of the Frankfurt Motor Show that the company had its sight set on market leadership in electric vehicles by 2018.

The first Volkswagen Group electric car to go on sale in the UK will be the Volkswagen e-up! city car, with orders being taken in November and the first deliveries in January 2014.

The Volkswagen e-Golf will follow in mid-2014; while the Audi A3 Sportback e-tron plug-in hybrid is due to arrive at the end of 2014.

Ecotricity founder, Dale Vince OBE, said: “As someone who drives an electric vehicle, it is important where your fuel comes from. Ideally an electric car should be charged using 100% renewable energy; otherwise you are still powering it from fossil fuels.”

“Running a car on green electricity from the wind and the sun is the last piece of the jigsaw; it’s the ultimate in green motoring. When you plug your car into your house at the end of each day, you realise you’re running on green electricity and releasing no emissions while you drive, it’s an exciting new world.”

“So we’re really pleased to be working with the Volkswagen Group, which is planning to bring a number of new EVs to the market and wanted to find the best green electricity to imbed as part of its offer to customers buying electric vehicles – it’s really exciting.”

Volkswagen Group UK’s Head of Environmental Management, Andrew Bannister, said: “We’re delighted to be able to offer those customers who are making a choice to purchase an electric-powered car the option to adopt a green energy package,meaning their motoring can be powered by 100% renewable energy. ”

“We reviewed a number of suppliers and Ecotricity emerged as the best choice for us and our customers. Ecotricity shares our ambitions for high levels of customer service as well as environmental credentials and we’re confident those choosing an electric Group product will appreciate the benefits this new tariff offers them.”