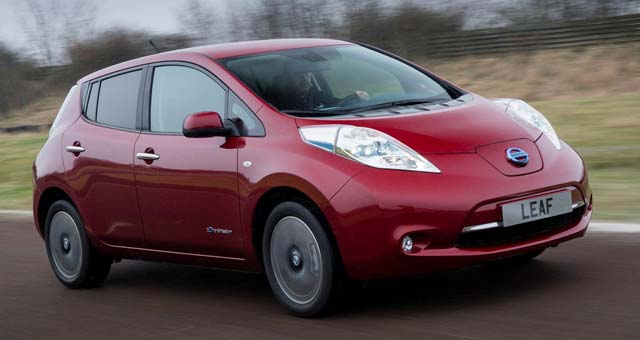 Nissan has announced it began selling its green-car credits under California’s clean-air rules.

The only automaker that had previously disclosed doing so is Tesla Motors.

The state of California requires large automakers to sell electric or other zero-emission vehicles in proportion to their share of the largest U.S. state market for cars and trucks.

“We’ve got carbon credits to sell, and we’re selling them — California ZEV credits,” Palmer said. He didn’t elaborate, and the Yokohama, Japan-based company declined to provide details about timing, price or purchasers.

U.S. demand for plug-in hybrid and all-electric vehicles has been pushed by California’s requirement for such vehicles to ease emissions of climate-warming carbon dioxide and other exhaust gases and by federal rules aimed at doubling fuel-efficiency by 2025. The state’s target is to get 1.5 million zero-emission vehicles on the road by 2025.

Tesla, too small to be required to accrue the ZEV credits under California’s pollution rules, has so far been the main seller.