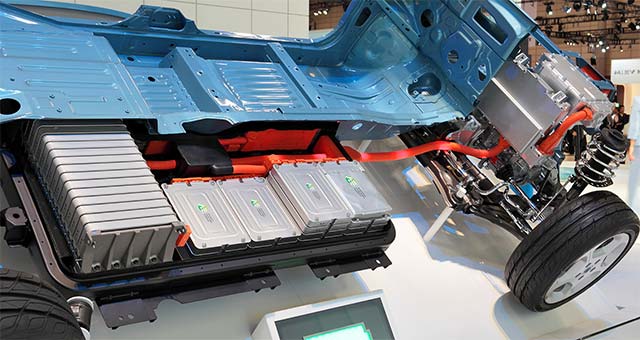 It’s a little more complex than making instant oatmeal, but scientists from GE and Lawrence Berkeley National Laboratory (Berkeley Lab) may have just the recipe for next-generation electric vehicle batteries that achieve desired driving range and cost for consumers.

The GE/Berkeley Lab project was selected by the Advanced Research Projects Agency – Energy (ARPA-E) to receive about $900,000 in funding under the RANGE (Robust Affordable Next Generation EV-Storage) program.

Grigorii Soloveichik, project leader on the water-based flow battery project at GE Global Research and director of the GE-led Energy Frontier Research Center (EFRC), said, “We’re excited about the impact this new technology could have on electric vehicles, especially as it relates to cost and the need to recharge. Our flow battery could be just one-fourth the price of car batteries on the market today, while enabling roughly three-times the current driving range. The DOE wants a battery that can power a car for 240 miles; we think we can exceed that.”

Aside from offering significant advantages in terms of cost and range, the flow battery GE is researching would offer safety improvements over batteries used in cars today, and could be easily integrated into current car designs; both stated goals of ARPA-E’s RANGE program.

The proposed flow battery uses water-based solutions of inorganic chemicals that are capable of transferring more than one electron, providing high-energy density. Discharge and re-charge of such flow batteries occur in electrochemical cells separated from energy storing tanks, which makes them safer.

“We envision a flow battery with applications for both transportation and large-scale energy storage,” said Soloveichik. “Put simply, for EV’s, this represents a game-changing technology.”

Over the next year, the GE/Berkeley Lab team will demonstrate feasibility of this new battery concept and develop a working prototype. 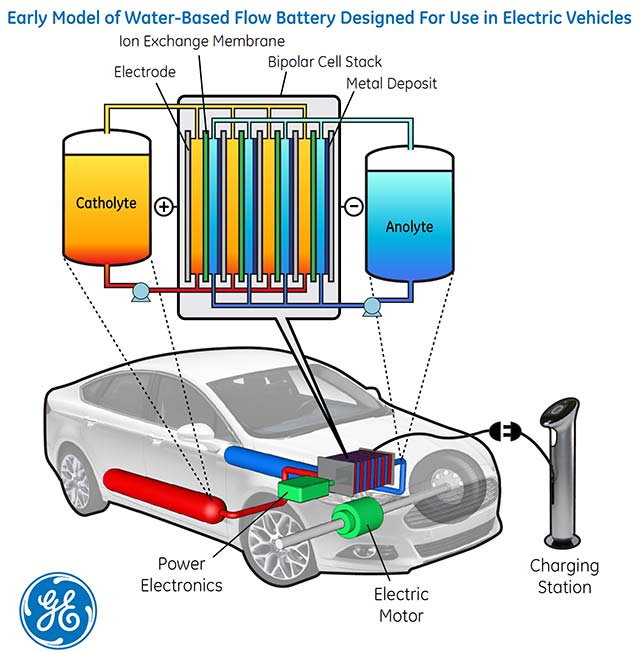