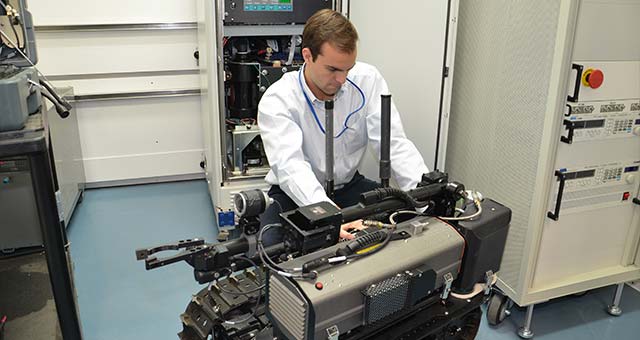 It is the second such collaboration GM has announced in recent months following a long-term, definitive master agreement with Honda to co-develop next-generation fuel cell system and hydrogen storage technologies, aiming for the 2020 time frame.

Through a new Cooperative Research and Development Agreement, GM and TARDEC will jointly test new hydrogen fuel cell-related materials and designs to evaluate their performance and durability before assembling them into full scale fuel cell propulsion systems.

This collaborative effort will enable GM and TARDEC to jointly develop technology that meets both of their requirements, accomplishing more tangible results than either entity could achieve on its own. The project is expected to continue for up to five years.

GM is one of the leaders in fuel cell technology. According to Clean Energy Patent Growth Index, GM ranked No. 1 in total fuel cell patents filed between 2002 and 2012. GM’s Project Driveway program, launched in 2007, has accumulated nearly 3 million miles of real-world driving in a fleet of 119 hydrogen-powered vehicles, more than any other automaker.

GM is currently building a new Fuel Cell Development Laboratory in Pontiac, Mich., where the majority of the company’s fuel cell development work will take place.

TARDEC and GM’s respective fuel cell laboratories are about 20 miles apart, which greatly promotes daily collaboration, and GM and TARDEC engineers are developing extensive plans to share physical material and data between the locations.

TARDEC opened a new Fuel Cell Research Laboratory located in the recently opened Ground System Power and Energy Laboratory building in Warren, Mich. The state-of-the-art facility enables TARDEC to test and integrate the fuel cell systems it has been developing for military applications for more than a decade.

Fuel cell technology helps address the two major challenges with automobiles today – petroleum use and carbon dioxide emissions. Fuel cell vehicles can operate on renewable hydrogen that can be made from sources like wind and biomass. The only emission from fuel cell vehicles is water vapor.[wzslider height=”400″ lightbox=”true”]