Ford to Install EV Chargers at US, Canada Facilities 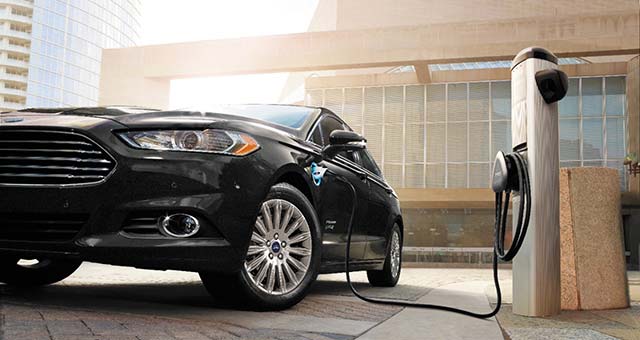 More Ford employees soon will be able to drive to work entirely on electricity, thanks to a new workplace charging network being installed at nearly every Ford facility in the U.S. and Canada.

Ford plans to install EV chargers at more than 50 of its company offices, product development campuses and manufacturing facilities. Installation will begin later this year and roll out across company facilities throughout 2014.

“Ford’s commitment to sustainability extends beyond our fuel-efficient vehicles to include our daily workplace,” said Mike Tinskey, Ford global director of Vehicle Electrification and Infrastructure. “We know that a growing electrified vehicle infrastructure is key to making plug-in vehicles a viable option for more consumers. Ford is committed to doing our part to help grow that infrastructure.”

Ford employees will be able to charge the all-electric Focus Electric, as well as Ford’s two plug-in hybrids – the Fusion Energi and C-MAX Energi – at the charge stations. The service will initially be free to employees for the first four hours. Ford estimates it will cost the company about 50 cents to fully charge a vehicle, saving employees up to $2 in gasoline each day.

Ford’s workplace EV chargers are different from competitor programs in that they will be networked together. As a result, the company will be able to gather additional information on electrified vehicle use, such as the number of hours vehicles are charging and the amount of CO2 reduced.

Throughout the U.S. and Canada, the number of charge stations – both public and residential – is growing rapidly. In 2009, there were 3,000 known public charge stations. Today, there are more than 20,000.

Current customer data from the Fusion Energi and CMAX Energi is showing that three of every four trips are accomplished on electricity alone. By adding another charge during the day at the workplace, it is likely that employees will be able to accomplish all of their work week trips without using gasoline.

The popularity of Ford’s electrified vehicles led to the company’s best-ever retail U.S. sales results for Fusion Energi and C-MAX Energi plug-in hybrid vehicles in August. That contributed to Ford’s best August electrified vehicle sales ever, with 8,292 vehicles sold, up 288 percent over the same period a year ago.