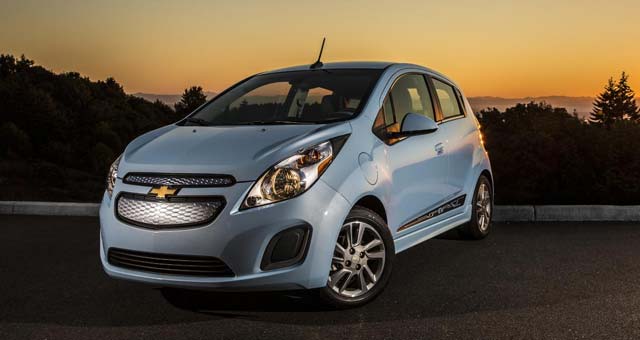 The all-new 2014 Chevrolet Spark EV can save its owners approximately $9,000 in fuel over five years compared to the average new vehicle – that’s $150 per month that can be spent on something else.

Spark EV’s EPA-estimated combined city/highway fuel economy equivalent of 119 MPGe and driving range of 82 miles per charge make it the most efficient EV in its class.

The 2014 Chevrolet Spark EV is priced under $25,000 with tax incentives and will be available this summer in California, Oregon, and later in Canada, South Korea and Europe.

According to GM, Spark EV makes it possible to afford a number of other big-ticket items, as well as some favorite everyday items, including: 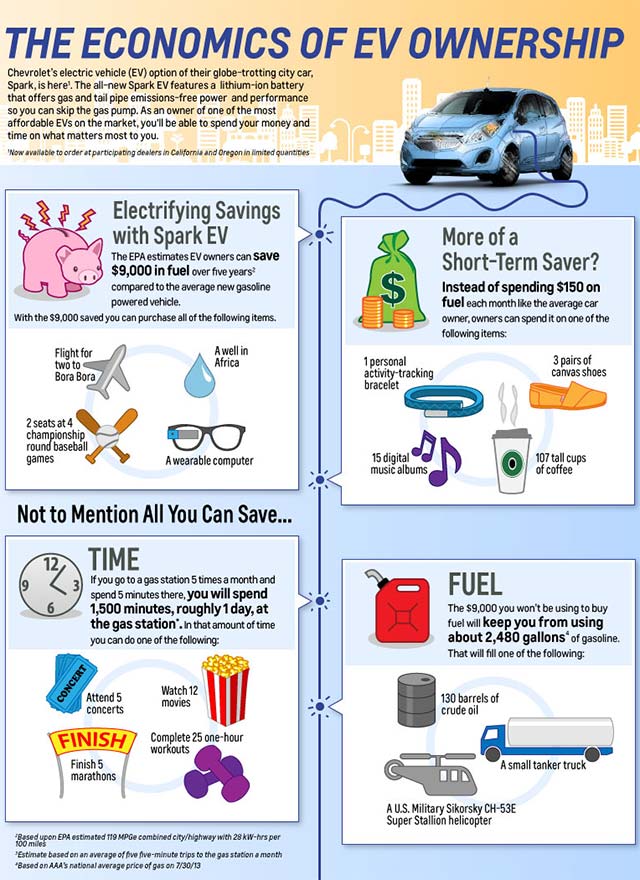